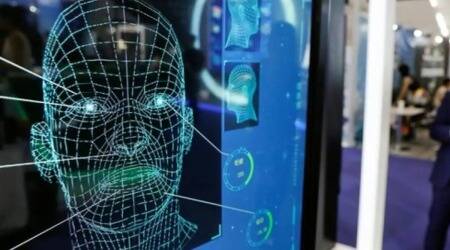 New Delhi:  India is deploying a new weapon system on the Line of Actual Control to keep a vigil on China at Pangong Tso lake in Eastern Ladakh.

The equipment include an anti-personnel mine ‘Nipun’, an infantry-protected mobility vehicle, a rugged and automatic communication system, an upgraded sights system for tanks, and advanced thermal imagers.

The new boats, Landing Craft Assault (LCA), equipped with advanced surveillance gadgets and other equipment, are being deployed to keep a strict vigil over the Pangong Tso lake in eastern Ladakh amid the lingering stand-off with China along the Line of Actual Control.

The 134-km-long lake at an altitude of 13,900 feet is considered strategically significant. China controls around two-thirds of the lake. Last year, the Army ordered 12 LCA boats to strengthen its existing fleets of vessels.

“The LCA is much more versatile and has overcome the limitations of launch, speed, and capacity. It has enhanced the capability to operate across the water obstacles in eastern Ladakh,” the defence ministry said.

It said Singh handed over the high mobility infantry-protected vehicles and assault boats and that the hardware will enable the troops deployed along the borders to respond to any “challenge in a befitting manner”.

Singh exuded confidence that the equipment and systems will enhance the operational preparedness of the Indian Army and increase their efficiency.

“It is a shining example of the country’s growing self-reliance prowess, in partnership with the private sector and other institutions,” he said.

Singh said the infrastructural needs of the armed forces are increasing with constantly changing times and urged them to strive for excellence.

The ministry said under the ‘Future Infantry Soldier as a System’ is aimed at equipping the soldiers with three primary sub-systems. The first system is the AK-203 assault rifle with day and night holographic and reflex sights. The sights are mounted on the weapon and also on the helmet to enable 360-degree visibility and accuracy in operational conditions.

In addition to the primary weapon system, the soldiers will also be equipped with multi-mode hand grenades along with multi-purpose knives.

The ministry said the new anti-personnel mine named ‘Nipun’ will enhance the protection provided to the troops on the borders as it is more potent and effective than the existing ones.

It said the Mini Remotely Piloted Aerial System (RPAS) will remove the operational limitations faced by the IAF aircraft and the heron Unmanned Aerial Vehicles at the tactical level.

The RPAS empowers the Army by removing the restricted capability for surveillance, detection, and reconnaissance at the level of infantry battalions and mechanized units, it added.