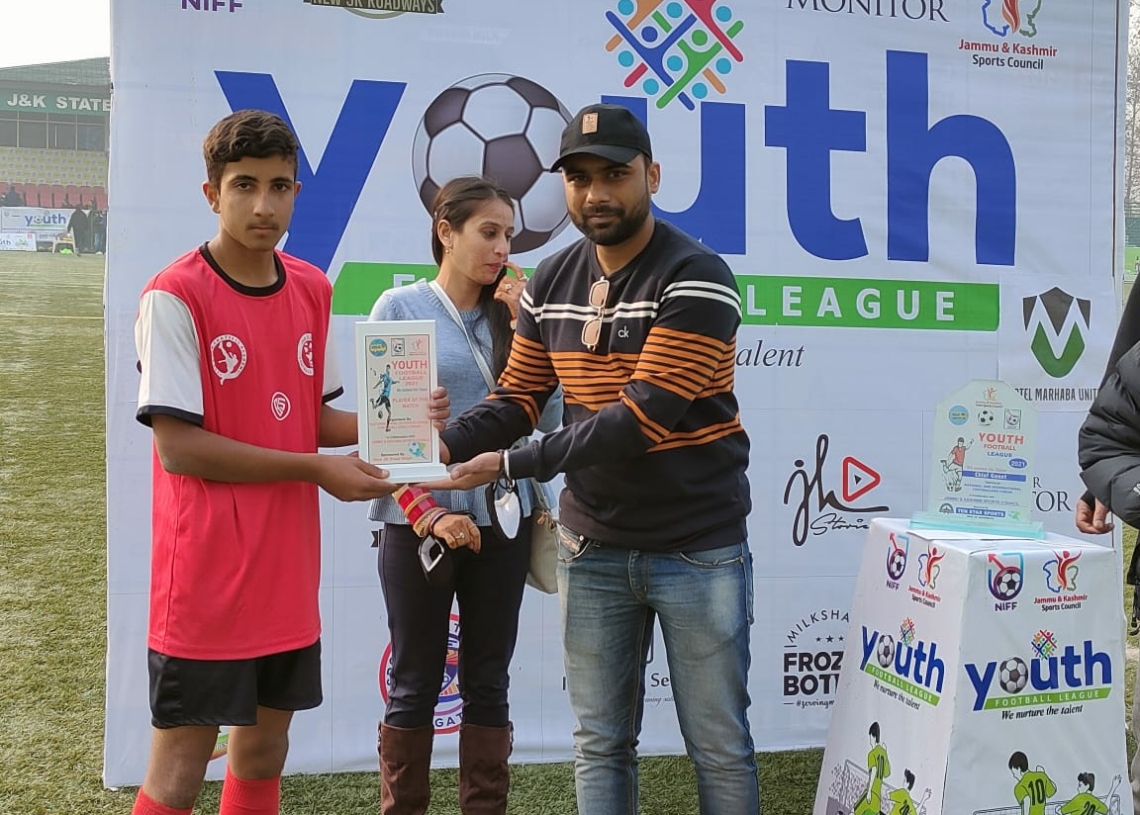 The first match of the League started with the clash between SSFA Srinagar vs Sopore FA, which ended in a goalless draw.

Ibrahim Imran of Sopore FA was declared as Player of the match. Tanushree IPS,SP North graced the occasion as Chief guest.

The second match of the day was played between Jammu & Kashmir FA VS Baramulla FA which was won by J&K Bank FA 2-0. Yawar Ali of J&K Bank FA was declared as Player Of the Match for his outstanding performance. Mir Sarwar, famous actor was Chief guest of the second match.

Last encounter of the day was between FC Ganderbal VS DP Dhar FA.The match which was do or die for FC Ganderbal ended in a goalless draw. Player of the match was awarded to Aqib Mushtaq of FC Ganderbal
The League is first of its kind of initiative taken by NIFF for providing ample platform to junior age group players. Both the MOM awards carry ₹1500/- of cash and a memento which is being sponsored by New JK Roadways.

The Youth Football League is being organised by NIFF J&K in collaboration with J&K Sports Council and is being sponsored by New JK Roadways, supported by Kashmir Monitor, JK Stories, Color Curve and Frisk Film Production as League broadcasters,I.Y.Impex as hydration partners,Tan Star Sports and Department of Health J&K.