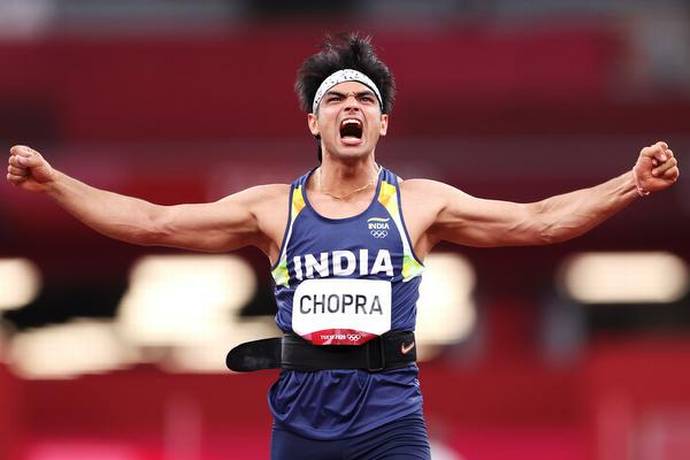 Mumbai : Olympic champion Neeraj Chopra set a new national record in men’s javelin throw at the Paavo Nurmi Games in Finland . Neeraj also managed to secure the second position at the event with his record-breaking throw.
As it happened: Neeraj Chopra secures second position at the Paavo Nurmi Games LIVE: When and where to watch, updates
Participating in his first competition since winning the gold at Tokyo Olympics 10 months ago, Neeraj came up with a throw of 89.30m, breaking his own national record of 88.07m set at the Indian Grand Prix in Patiala in 2021.
Neeraj Chopra takes second place at the @paavonurmigames, his first taste of competitive action since #Tokyo2020
Throw 1: 86.92 m
Throw 2: 89.30 m (PB, NR)
Throw 3: X
Throw 4: X
Throw 5: X
Finland’s Oliver Helander’s 89.93m throw, his personal best, took top honours. No one could win the Ford Mustang Mach-E which competition organisers offered as an extra incentive for the javelin throwers. The car was to go to anyone who threw beyond the Finnish record mark of 93.09m set by Aki Parviainen in 1999.