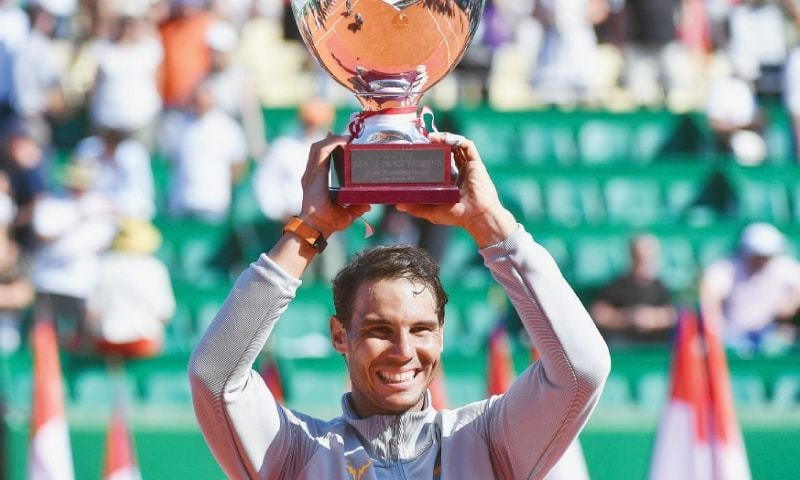 MONTE CARLO: Rafa Nadal clinched a record-extending 11th Monte Carlo title as he geared up for his French Open campaign with a 6-3, 6-2 victory over Japan’s Kei Nishikori in the final .

Top seed Nadal, who is also targeting an 11th Roland Garros trophy this year, extended his run of consecutive sets won on clay to 36 after recording the win in an hour and 33 minutes.

The Spaniard’s record 31st Masters title also ensured he retained the world number one ranking ahead of rival Roger Federer.

“It’s great to have this trophy in my hands again,” Nadal said.

Nishikori was chasing a first Masters title, but the Japanese player took 11 minutes to hold for 1-1. He got some brief hope, breaking Nadal with a superb passing shot at full stretch to lead 2-1, but meekly surrendered the next four games.

“I knew it was going to be tough even though I was up break,” said Nishikori, who complained of tiredness.

The second set was a procession and Nadal won on his first match point with a stinging backhand winner.

Nadal’s celebration was brief and low key. He thrust both hands into the air, and then jogged over to offer Nishikori a sympathetic hug after beating him for the 10th time in 12 meetings.