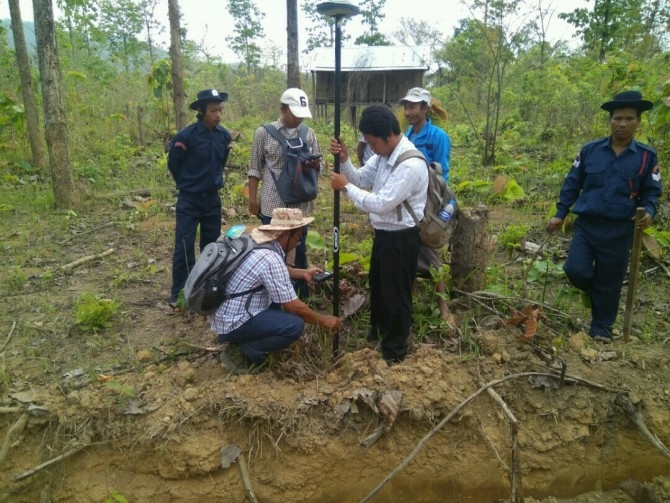 Mumbai :In an affront to India, on May 1, just days before External Affairs Minister Sushma Swaraj visited Myanmar, its soldiers and villagers intruded into Indian territory and forced residents of two Indian villages to flee.

In its place, the intruding Myanmarese soldiers planted its own border pillar, thus taking over a large chunk of Indian territory.

On April 29, 10 armed Myanmar soldiers reportedly intruded into H Lhangcham village close to Moreh in Tengnoupal district and vandalised a saw mill there.

The village is located between border pillar number 75 and 76, about 5 km south of the Moreh police station.

About 70 people live in 14 households in the village which has five saw mills, with the villagers engaged in timber trading.

The additional district commissioner of Moreh, the 11 Assam Rifles platoon deployed there along the international border, and local police were informed about the incident by the villagers.

The Indian side of the border is inhabited by people belonging to the Maring Naga community.

N Satsang village chairman T K Kothil Maring told this correspondent that people from the nearby Setchyang village in Myanmar came with their soldiers, dismantled Indian boundary pillar number 82 and erected their own pillar, at a spot that is about 95 km from the capital city of Imphal and about 50 km from the district headquarters Tengnoupal.

Although N Satsang and Choktong are hardly 10 km from the border town of Moreh, there is no motorable road to reach the villages.