Mohamed Salah: The rise of the Egyptian King 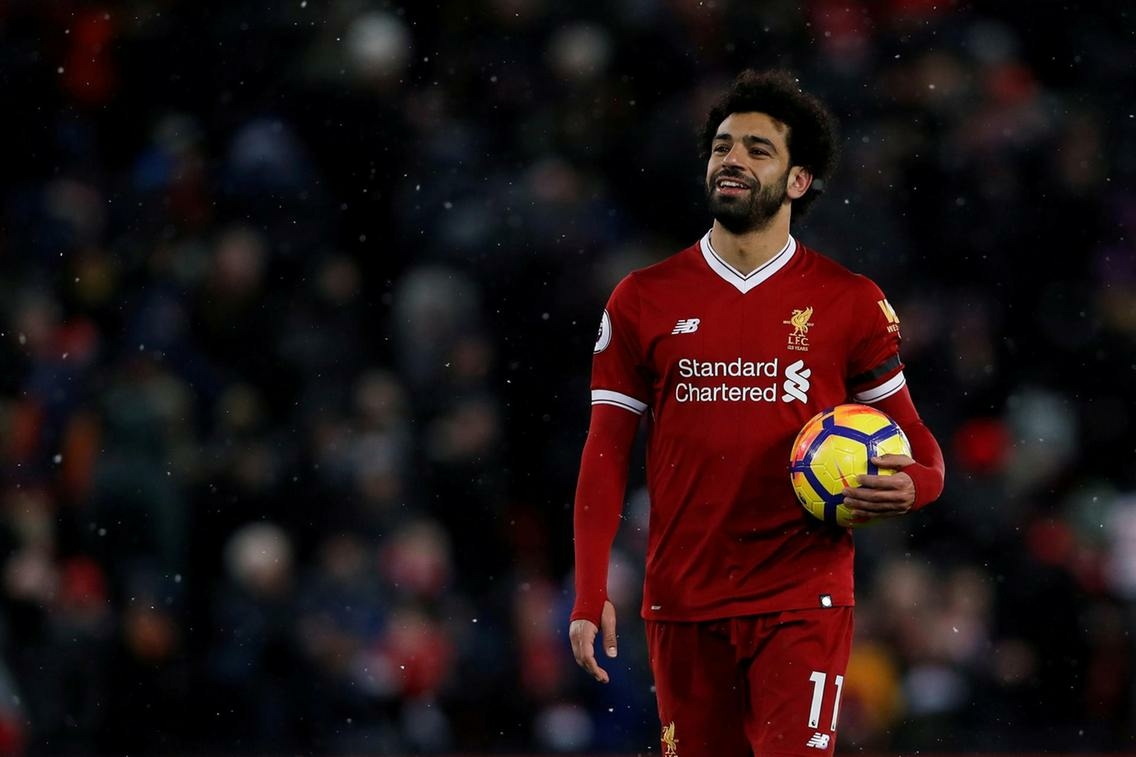 “Mohamed Salah is the best footballer in the world at the moment,” “Salah is up there with Messi and Ronaldo,” “Salah has the world at his feet…”

In a world ever more prone to hyperbole and after yet another masterclass from the Egyptian ace, it is not surprising that such grandiose statements get bandied about with the regularity of a Salah goal. The 25-year-old was simply sublime during Liverpool’s 5-2 destruction of Roma on Tuesday night.

He has now scored 43 times this season, has a genuine chance of winning the Ballon d’Or, and with every match looks more deserving of the superstar mantle his admirers have given him.

But while we can sit back and marvel at his talent, all those tributes are perhaps missing the point. We can debate whether he is a world-beater on the pitch, but what is not in doubt is that Salah is a game-changer off it — and that is the true mark of just how impressive he has been since moving to Liverpool.

Go to Anfield for any match now and, once the rousing rendition of “You’ll Never Walk Alone” has died down, it is likely you will next hear the Liverpool fans’ hymn to Salah. Sung to the tune of “Good Enough” by Britpop band Dodgy, it goes like this: “If he’s good enough for you, he’s good enough for me, if he scores another few, then I’ll be a Muslim, too.” Such is the “Salah effect.”

Britain is a hugely fractured country at the moment. The Brexit vote and debate surrounding it has held up a mirror to an island ill at ease with itself, with regressive attitudes to race, religion and immigration out in the open.

That Salah has been welcomed with open arms and lauded in that climate — albeit in a city with a proud tradition of tolerance — is quite something, not least at a time when Islamaphobic attacks in the UK are on the rise and when, as recently as 2016, a national newspaper ran a headline that claimed “1 in 5 Brit Muslims’ sympathy for jihadis.”

The context of the Salah worship evident not just in Liverpool, but also around the country has not been lost on his manager, Jurgen Klopp.

“(The hero status of Salah) is fantastic. It’s exactly what we need in these times,” the German told Channel 4 News.

“To see this wonderful young man, full of joy, full of love, full of friendship, full of everything, in a world where we all struggle a little bit to understand all the things happening around on this planet — so it’s just fantastic.

“He is a Muslim and he is doing all the things that Muslims are doing before a game, washing procedures and stuff like that … like Sadio (Mane) by the way, like Emre Can, by the way; they all do that. Nobody says what we have to be…

“Now we wait, that’s completely normal in a team and that’s how in an ideal world the world would work; we all try to understand each other and deal with all the little strange things for the one or the other.”

Sport sometimes aims for profundity when there is none. Witness any stomach-churning statement of national brilliance during an Olympics, or any underdog story, and you will find people deriving a lot more from some match than the simple “team scores more to win game” narrative that is most set in reality.

But the “Salah effect” has prompted real change off the pitch. From fans singing “I’ll be a Muslim, too” to appreciating the Liverpool talisman simply as a great player regardless of background, the “Egyptian King” is a genuine role model for his country, the region and Islam at a time when the world needs it most.

“We are all kind of ambassadors and sometimes we fit to that role and sometimes not, and at the moment Mo is the perfect ambassador for Egypt, for the whole Arabic world. I love that,” Klopp said.

So it is immaterial whether Salah wins the Champions League for Liverpool, beats Ronaldo to the Ballon d’Or or leads Egypt deep in the World Cup — he has already done more than most footballers do.

Should the positive image of both Arabs and Muslims he has created endure, then that will be his true mark of greatness.