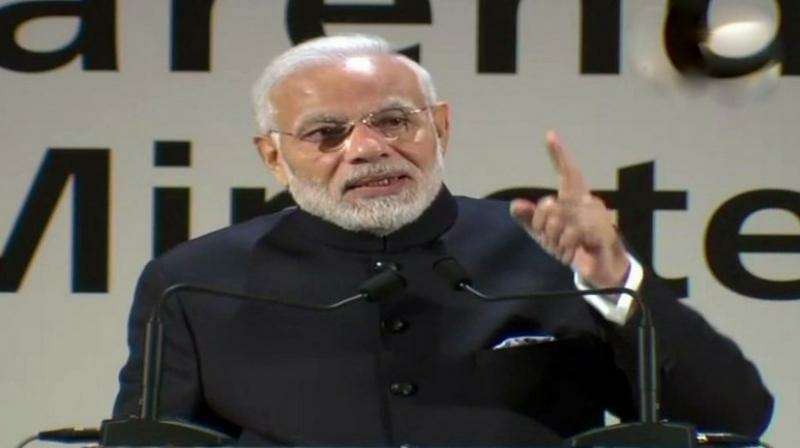 New Delhi, Feb 15: A day after at least 49 CRPF troopers were killed in a major suicide attack in south Kashmir’s Pulwama district, Prime Minister Narendra Modi on Friday said the militants have committed their “biggest mistake” and those responsible have to pay.
“We have given complete freedom to the security forces of the country. We have full faith in their bravery and valour,” Modi said while addressing a programme to flag-off the first indigenous Train 18, renamed as Vande Bharat Express at the New Delhi Railway Station.
Addressing the militant groups, the Prime Minister said: “Even those who are giving them shelters are responsible and have committed their worst mistake. They have to pay a very big price.”
Modi also assured the nation that “those powers who are behind the attack will be punished for their deeds”.
Hitting out at Pakistan, without naming it, “Our neighbouring country has already been sidelined by the international community; despite that if it feels it can create problem for India by creating instability, it’s their mistake.”
His remarks came minutes after the Cabinet Committee on Security that decided to withdraw the “Most Favoured Nation” status given to Pakistan.
He then inspected the engine-less Train 18 that has been renamed Vande Bharat Express and flagged it off at 11.20 a.m.
Train 18, the country’s first engine-less train manufactured by the Integral Coach Factory in Chennai, left from New Delhi railway station at 10 a.m. for Uttar Pradesh’s Varanasi, the parliamentary constituency of Modi. (IANS)