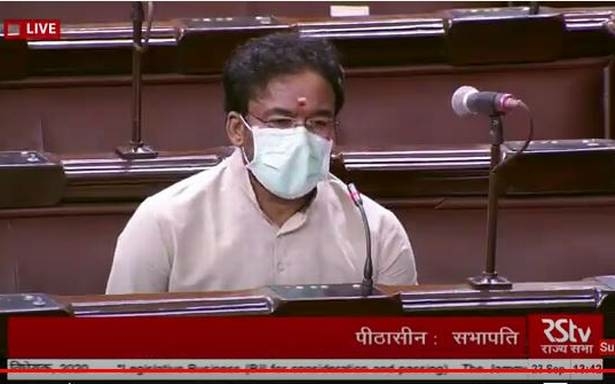 New Delhi: The Rajya Sabha on Monday cleared The Jammu and Kashmir Reorganisation (Amendment) Bill, 2021 that seeks to replace the ordinance to merge the Jammu and Kashmir (J&K) cadre of civil services officer with the Arunachal Pradesh, Goa, Mizoram Union Territory (AGMUT) cadre.

The bill was introduced in the Upper House of the Parliament last week.

Minister of State for Home Affairs G Kishan Reddy said the Constitution of India is now fully applicable on Jammu and Kashmir, and that the bill will enable availability of officers in Jammu and Kashmir who have experience of running union territory administration.

The Statement of objects and reasons for the Bill read: “There is a huge deficiency of the officers of All India Services in the Union Territory of Jammu and Kashmir. The developmental schemes, centrally sponsored schemes and other allied activities suffer due to non-availability of All India Officers in the existing cadres of the Jammu and Kashmir as such there is a requirement of merging it with Arunachal Pradesh, Goa, Mizoram, Union territories cadre so that the officers in this cadre can be posted in the Union territory of Jammu and Kashmir to meet out any deficiency to some extent.”

He said around 170 central laws are being implemented in Jammu and Kashmir.

He said the bill will increase the strength of officers in the union territories of Jammu and Kashmir and Leh.