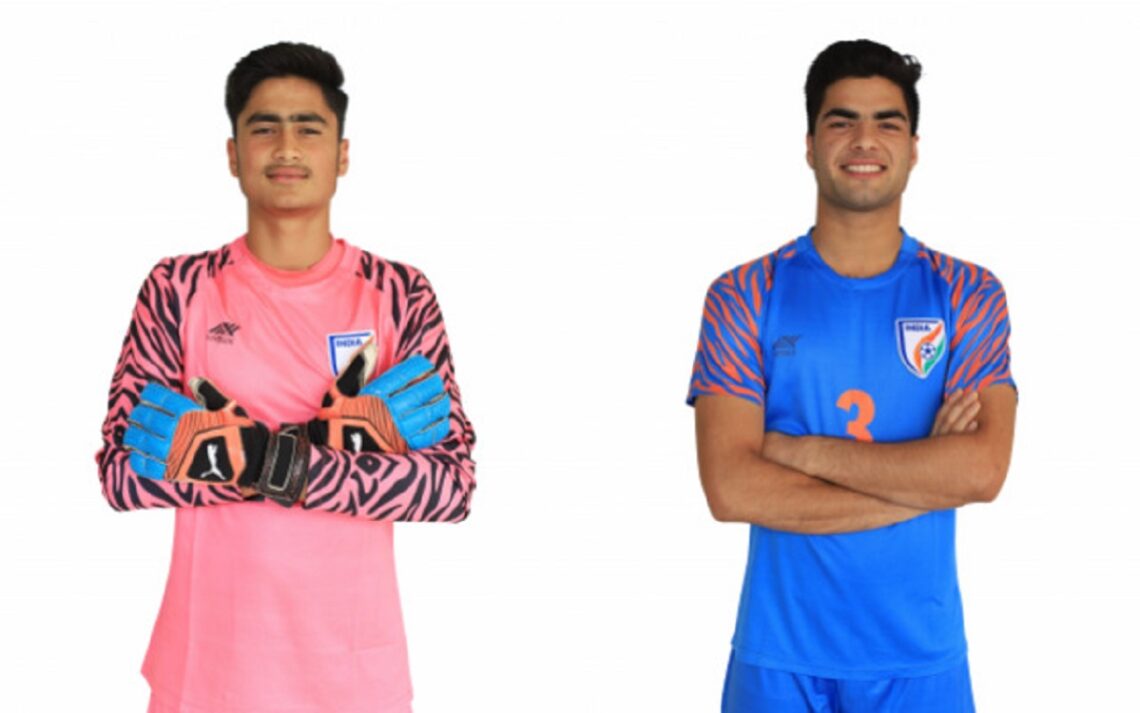 Football in Kashmir got a major push on Saturday when two Kashmiris made it to the coveted India U20 squad for the SAFF U20 Championship.

Syed Zahid Hussain Bukhari and Sajad Hussain Parray figured among the 23-member squad announced by All India Football Federation in an official statement on Saturday.

Sajad hails from Gund Hassi Bhat, a hamlet on the outskirts of Srinagar while Zahid is from Natipora area of the city. Both have been drafted from Indian Arrows.

Around 5 years ago, both of them were spotted by ace footballer Sajid Yusuf Dar during a state football tourney. He later recommended their names for U-16 trials.

Bukhari was associated with Real Kashmir FC (RKFC) for some years and represented the club in various matches at the state and national level.

India U-20 National Team Head Coach Shanmugam Venkatesh announced the squad of 23 for India’s campaign in the SAFF U-20 Championship in Bhubaneswar. India play their first match against Bangladesh at the Kalinga Stadium on July 27, the kick-off of which is at 4pm.

“Being the best side in South Asia, expectations will be high. The tournament is special for us, and a great opportunity for the boys to have a taste of International football post the long pandemic,” Venkatesh, himself a former India captain told www.the-aiff.com.

While the team will be playing International football after almost two years, the India U-20 side has competed at the domestic level in the Hero I-League, and the IFA Shield over the last two seasons, with most of the players in the U-20 side being drafted from Indian Arrows.

“The Hero I-League was a great opportunity for the boys to develop over the last two seasons. They have certainly come a long way having played against quality senior opponents,” quipped the Head Coach. “All the boys are raring to go at the opportunity to don the India jersey.”

Moving forward together, the U20 boys will be playing the AFC U-20 Championship Qualifiers in September where they have drawn in Group H alongside Australia, Kuwait, and hosts Iraq.

“The team is quite motivated to do well both in South Asia, and at the Continental level. They are aware of the value and the importance of doing well in Asia which is why the SAFF Championship is a good platform for us to prepare well.”

23-member squad for the SAFF U-20 Championship: