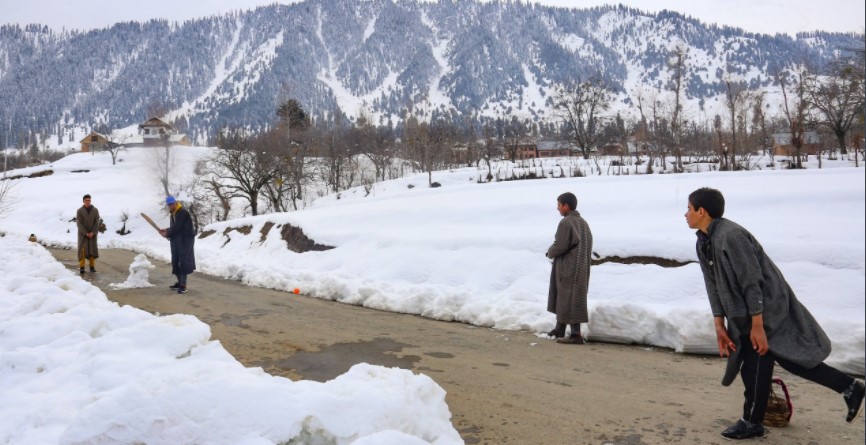 Srinagar:  Snow cricket of Kashmir is getting popular throughout the world with legends giving a shout-out to the people for playing the game under sub-zero weather conditions.

” Ever played with stumps made of snow”, it tweeted.

Clicked by Sajad Hameed, the picture shows the pitch, stumps, and entire surroundings covered under snow.

The tweet is getting thumbs up from the tweeples, who express their desire to play this game under such surroundings.

“It looks a bit different. Playing Cricket with gloves, jackets, and even shoes which support it, getting less injured and comfortable too,” responded Samish Santosh to the tweet.

Even some looked curious to know about the rules if snow stumps melt during the match. “If somehow the stumps melt, will that be considered as out???,” responded Ayushman Banik.

For the last few years, snow cricket in Kashmir has attracted everyone following which many tournaments have been held here during the winter season.

Gurez, a remote area in north Kashmir’s Bandipora district brought this game to fame where locals have been playing this game for the last many years.

Recently, videos of cricket in the snow at Gurez have drawn the attention of several international cricket stars, who have shared the clips on their social media handles.