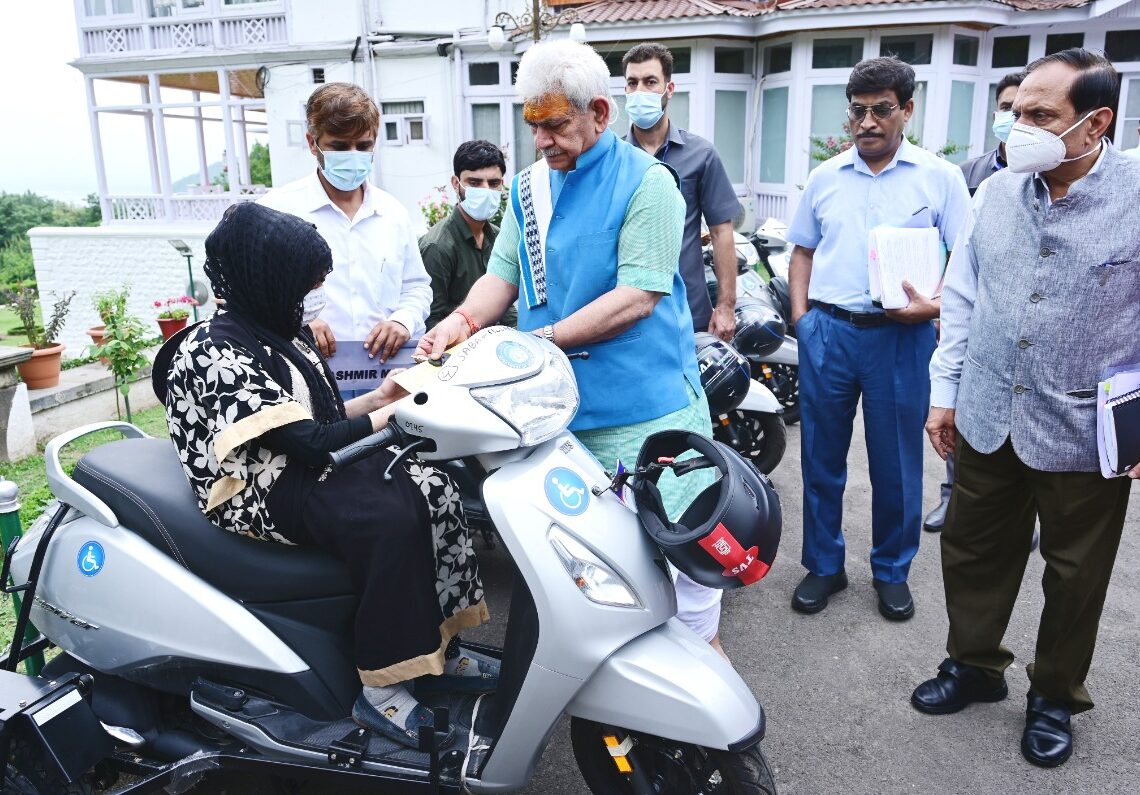 In the first phase, the government is distributing 1000 units of Motorized Tricycles and by the end of the current financial year, 3000 additional units will be distributed among eligible beneficiaries.

Reiterating Government’s commitment to serve disadvantaged sections of the society, the Lt Governor said, our endeavour is to make accessibility a right for specially-abled and ensure a barrier-free environment and a friendly access to public facilities and places.

Various schemes launched by the government aim to achieve the vision of building an inclusive society by empowering socially, economically marginalized sections, creation of livelihood and skilling initiatives for youth and adequate support to senior citizens, the Lt Governor added.

The Lt Governor expressed gratitude to the Hon’ble Prime Minister Shri Narendra Modi for introducing revolutionary reforms to empower the Divyangjan by granting them their due rights, besides extending benefits of social welfare schemes.

On the occasion the Lt Governor also acknowledged the key role of voluntary organizations and District Administrations in creating an enabling environment for the specially abled persons to lead a dignified life.

The Lt Governor directed the Social Welfare Department to double their efforts for ensuring 100% saturation of beneficiary oriented schemes and chalk-out a comprehensive plan of action to extend all necessary support and assistance to specially-abled persons for their sustainable livelihood.

The Lt Governor further advised the officials for notifying a toll free number to receive feedback from the beneficiaries regarding the implementation of the welfare schemes.

The J&K Rehabilitation Council, Social Welfare Department with the approved allocation of Rs.8.00 Crores procured 1000 units of Motorized Tricycles which are being distributed among eligible beneficiaries across the J&K UT, it was informed.

Deputy Commissioners and beneficiaries from across the UT joined through the virtual mode.