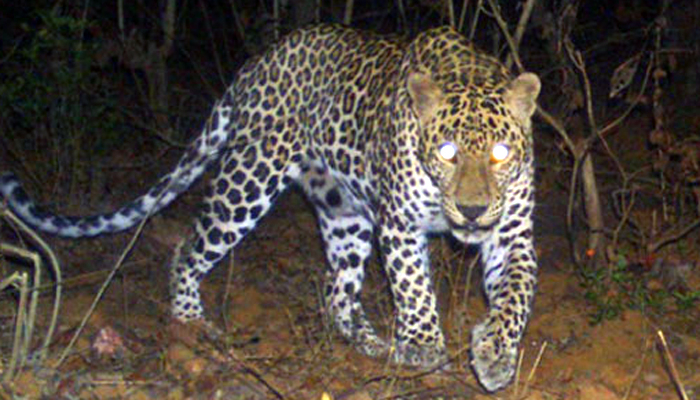 Budgam: The residents of Paimus Soibugh area of Central Kashmir’s Budgam district. on Tuesday morning rescued a family when a leopard entered into their house.

Residents said that a leopard was spotted at Paimus village on Tuesday and locals accordingly called the wildlife team immediately.

“When wildlife officials failed to reach on the time, locals started making efforts to catch him during which the enters in a nearby residential house,” he said.

A youth from the village said that the leopard is still trapped in the house and all the family members have been rescued safely by the villagers.

He added that none among the officials have reached the spot to catch the leopard. “Although we have called them, yet none of them have come thus simultaneously endangering the lives of people,” he added.

Meanwhile, Wildlife Incharge Suhail Ahmad Qazi told KNO that a team is on the way to the village. “We have received an information that a leopard has been trapped in one of house at Paimus and our team will reach their in ten minutes,” he added—(KNO)

India will be among top 3 economies in 2 decades: Ambani