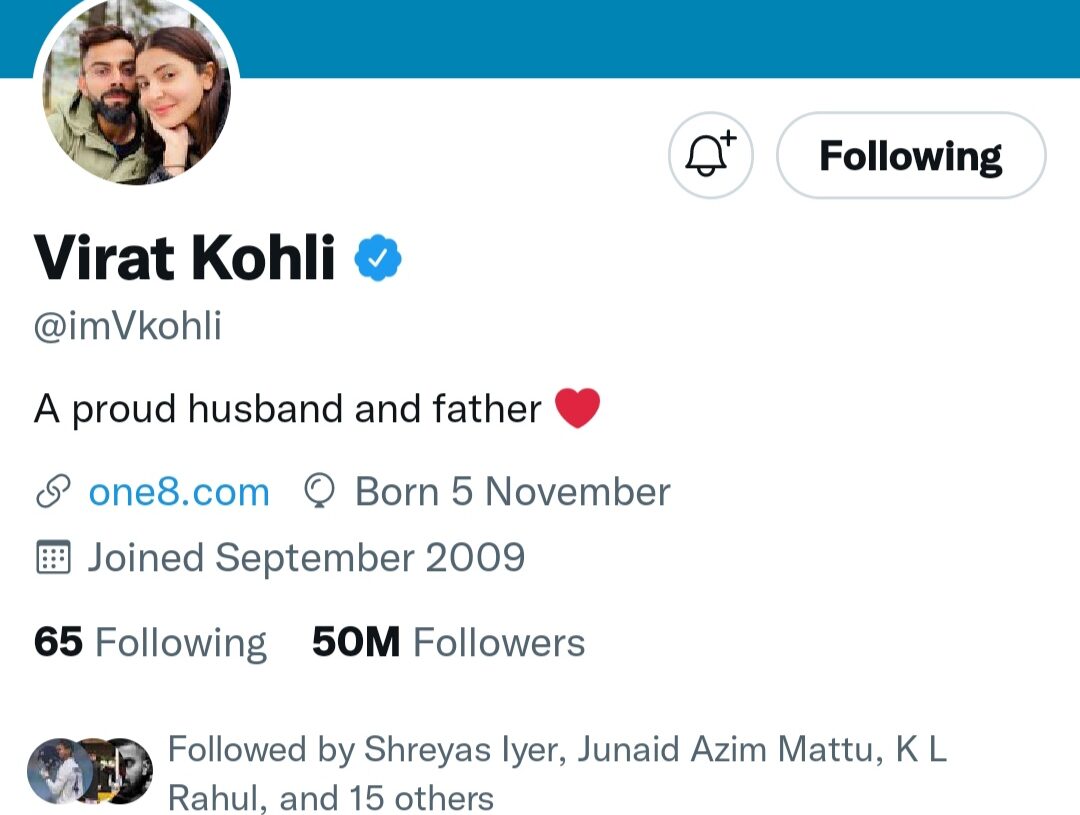 New-Delhi: Former Team India skipper Virat Kohli has set another record off the cricket field. He has become the first cricketer to notch 50 million followers on Twitter.

Virat is already one of the most famous personalities on Instagram and he is being followed by over 211 million people. He also has over 49 million followers on Facebook which take his social media presence to over 310 million followers.

Kohli went on to score 276 tournament runs at an average of 92, with his 122 not out against Afghanistan becoming his first century for India in any format since November 2019. It was also his first three-figure score in a Twenty20 international.

Kohli also revealed that during the break, for the first time in over 10-12 years, he did not pick up the cricket bat.

This was Kohli’s first ever T20I hundred and the Indian team will be relieved that it has come ahead of the T20 World Cup, scheduled to be held in Australia later this year.