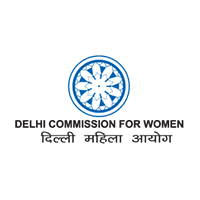 Delhi Commission for Women has issued a notice to Delhi Police after a video of a man threatening a girl by calling her Katui, a demeaning term used to address Muslims.

In a video, a man can be heard harassing young children and forcing them to abuse Allah. This has forced the Delhi Commission for Women to take cognizance of the matter.

The man behind the camera can be heard threatening to thrash the young girl, calling her Katui, a demeaning term used to address Muslims.

Delhi Commission for Women Swati Maliwal issued a notice to Delhi Police seeking details of the FIR registered in the matter. “The man is clearly intimidating the little girl who can be seen as visibly frightened and shaken. This is a very serious matter,” Maliwal said.

The DCW chief further demanded a copy of the FIR and a detailed action taken report from the Delhi Police within three days.

However, a senior Delhi Police official confirmed that so far no FIR has been registered in the matter.