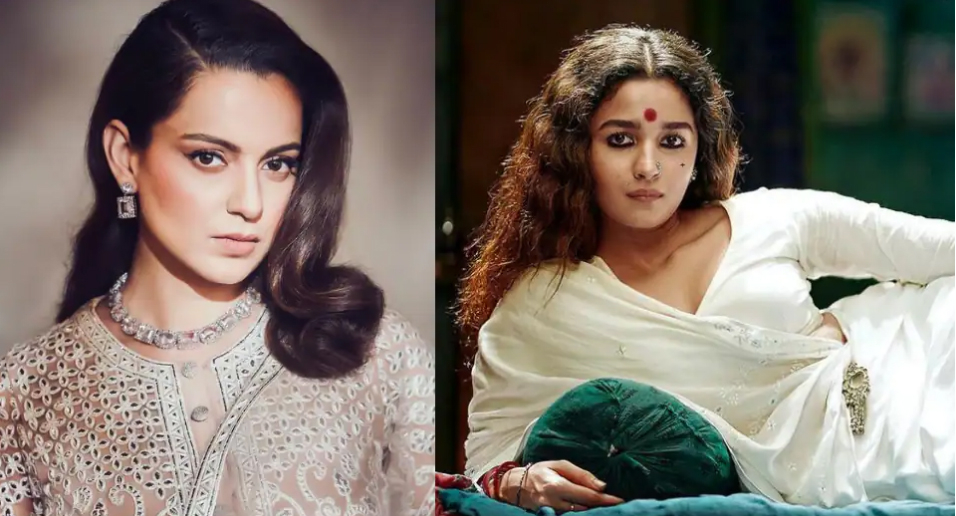 New Delhi: Actress Kangana Ranaut is suspicious of the success of Alia Bhatt’s starrer ‘Gangubai Kathiawadi’. Earlier, after criticising her casting in the film, the ‘Queen’ actress questioned Sanjay Leela Bhansali’s film box-office collection by sharing a blind article on her Instagram story. According to the article, an insider has revealed that Gangubai’s box office collection numbers are rigged and the actual money collected in the weekend box office was less than half of the figure quoted.
“Achcha doodh mein pani to suna tha lekin pani me doodh…hmm… kya majbooriyaan rahi hongi becharon ki… (We have heard about the trend of diluting milk with water but here water seems to have been diluted with milk…. the helpless people must have had some obligations),” wrote Kangana on her Instagram story along with the screenshot of the article.
Contrary to this news report, on Monday, trade analyst Taran Adarsh had tweeted that the film is close to Rs 100 crore mark and still going strong.
“GangubaiKathiawadi remains the first choice of moviegoers on [second] Sun – also hits double digits – despite a strong opponent [#TheBatman]… Inches closer to ? cr… [Week 2] Fri 5.01 cr, Sat 8.20 cr, Sun 10.08 cr. Total: ? 92.22 cr. #India biz,” he wrote.
This is not the first time that Kangana had attacked Alia’s ‘Gangubai Kathiawadi’. She had earlier said, “This Friday 200cr will be burnt to ashes at the box office … for a papa (movie mafia daddy) ki pari (who likes to keep a British passport) because papa wants to prove that romcom bimbo can act… biggest drawback of the film is wrong casting…yeh nahi sudhrenge (these people won’t change) no wonder screens are going to South and Hollywood films … Bollywood is destined for doom jab tak movie mafia has power…”
On the work front, Kangana will next be seen in Dhaakad and Tejas. She is currently hosting ALT Balaji’s reality show ‘Lock Upp’.