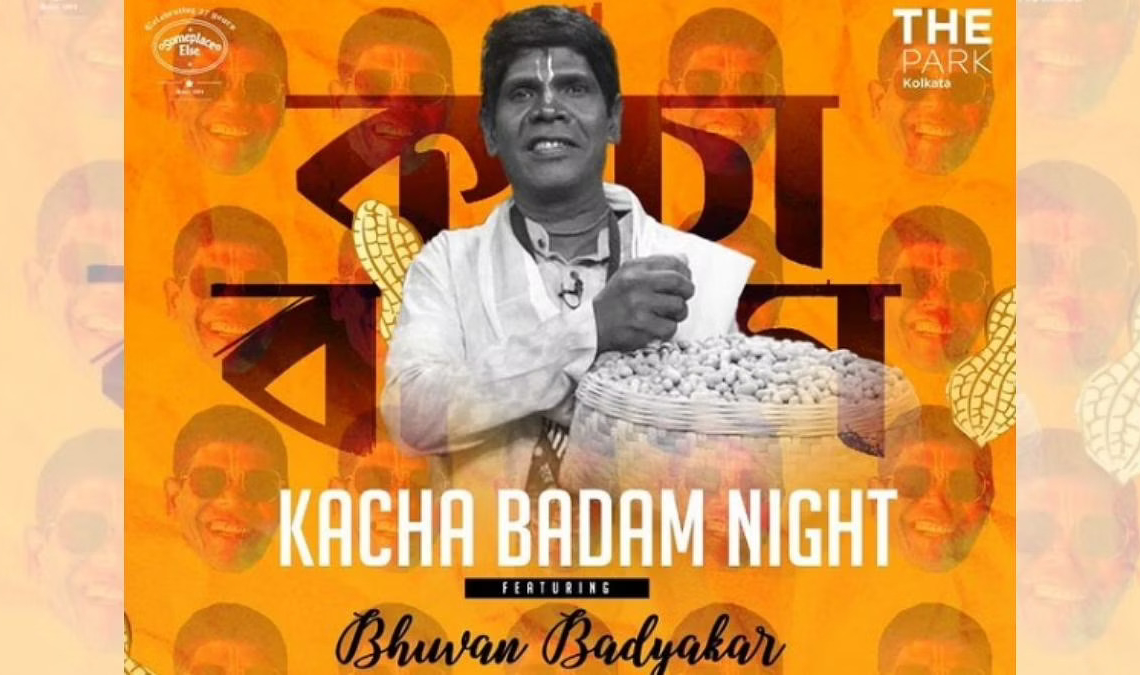 Bhuban Badyakar is joining hands with an international singer for a rap song. Quoting sources, The Times of India said the singer has received an offer a week ago. Singer’s agent called Bhuban, but he hasn’t said anything yet.

The newspaper said the singer is right now chalking out plans for his future album and live shows. He wants to take cautious steps now before taking any decision.

The viral singer’s live shows got canceled for the time being after he met with an accident while taking his driving lessons on a newly-bought second-hand car.

Hailing from Kuraljuri village in Lakshminarayanpur Panchayat of Birbhum district, Bhuban used to travel to nearby villages selling peanuts in exchange for old bangles, trinkets, and other accessories. And, the now famous ‘Kacha Badam’ song was his way of attracting local customers and getting their attention. Now, he’s a celebrity and has already performed at a popular Kolkata eatery recently. Bhuban is currently enjoying his stardom to the fullest.

The super addictive tune of the Bengali song has made millions of  Instagram users crazy. From influencers, dancers, or even celebs from showbiz have been grooving on the beats of this peppy song raking in a record number of views.