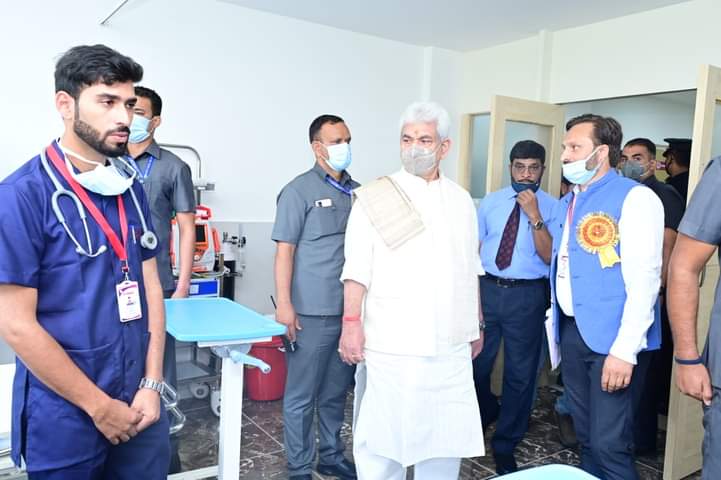 He said that the system of e-governance in the country started much earlier, however, in Jammu and Kashmir it was started on October 28, 2020 and despite that today J&K stands at number one position among all the UTs in e-governance system.

“If it’s is compared with other states in the country, Jammu and Kashmir stands at number 5 position, and I can say that in coming years we will be at number one or two position among states as well,” he said.

He added that all the officers are working with dedication and around 2009 public services have been brought online under the e-governance system in Jammu and Kashmir.

“After 67 years of independence, Jammu and Kashmir had just 3 medical colleges, however, today under the leadership of PM Narendra Modi, J&K has 5 medical colleges functional, two more are going to be functional soon and two AIIMS have also been set up in the UT,” he said.

LG Sinha said that as far as he knows such facilities in medical field are not available anywhere in the country having such a small population.

He added that Jammu and Kashmir is the only place which is providing free health insurance cover upto Rs 5 lac to every citizen, be it poor or rich—(KNO)