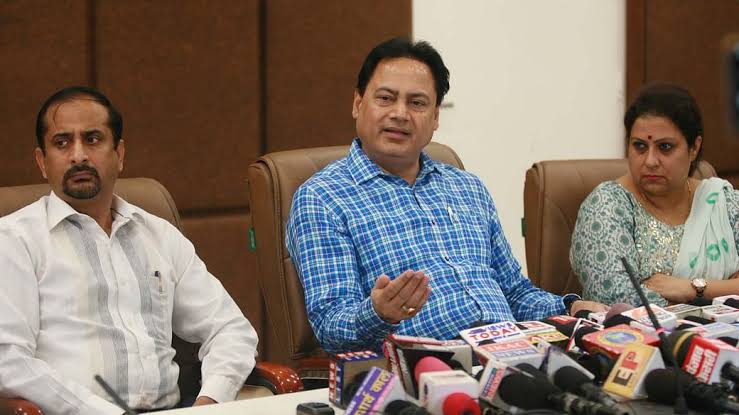 Jammu, Sep 6: Jammu and Kashmir Chief Electoral Officer (CEO), Hirdesh Kumar Singh has clarified that the actual number of new voters for the assembly election would be known only after the summary revision of electoral rolls in the Union Territory.

The CEO was trying to clear the air on the controversy created by his earlier statement in which he had told the media that 25 lakh new voters would become eligible for the forthcoming assembly elections in J&K.

Sources told IANS that during the all-party meeting, the CEO said that the figure of 25 lakh new voters had no sanctity as the actual number would be known only after the revision of the electoral rolls.

The inclusion of non-locals in the revised electoral rolls was opposed by participants other than the BJP and the Ikkjutt Jammu party while the CEO said that the eligibility of voters would be determined as per the provisions of the Representation of the Peoples Act of 1950-1951.

The CEO made it clear to the participants that only those who are eligible as per the Representation of The Peoples Act-1951 would be registered as voters.

Ratan Lal Gupta of the NC told reporters that the CEO had assured them that no non-local would be included in the revised electoral list.

Yogesh Sawhney of the Congress said that the CEO had clarified that 25 lakh as new eligible voters would be those who attained the age of 18 on and after September 1, 2022.

Meanwhile, P.K. Ganju of the National Panthers party also said that the CEO assured them that no non-local would be on the revised electoral rolls.

Similarly, Ankur Sharma of the Ikkjutt Jammu party said that the CEO informed the meeting about safeguards in place for the new voters. “If someone resides, say for over six to seven months for livelihood or other purposes, they can vote here provided they cancel their vote from other places and give an undertaking in the form of an affidavit,” Sharma said.

However, the PDP leader said that there was no clarity on 25 lakh new voters during the CEO’s meeting.

Abhinav Sharma of the BJP said that since the Representation of People’s Act 1951 has been extended to J&K, any ordinarily residing person has the option to become a voter.