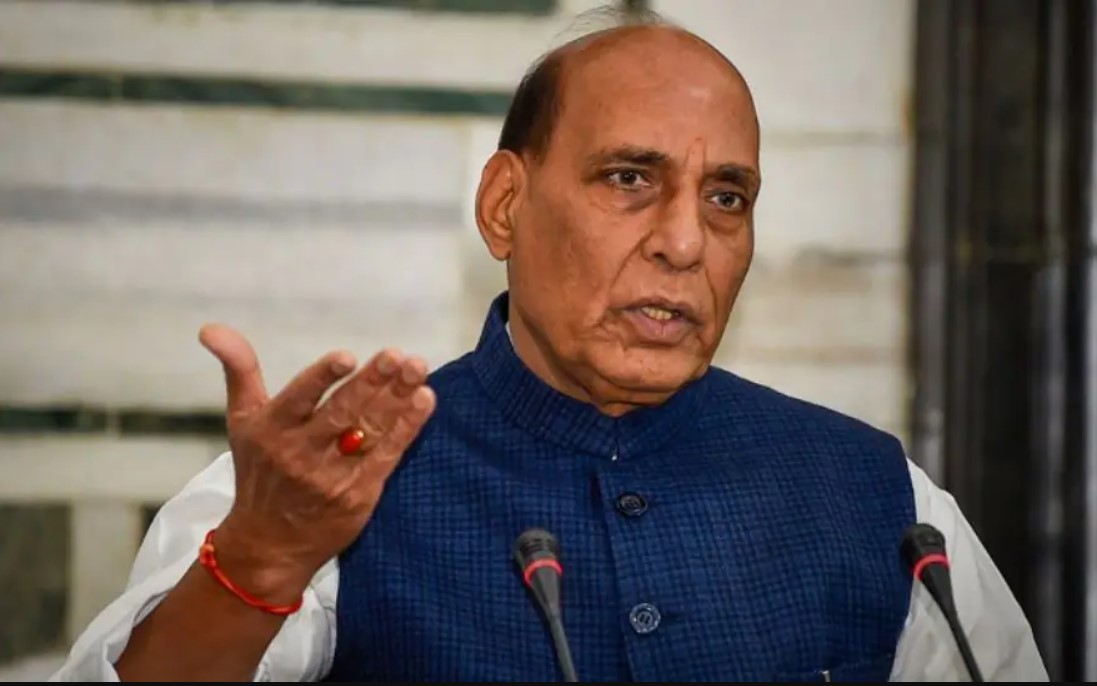 Jammu, June 17: In the first indication of a timeline for assembly polls in Jammu and Kashmir since it was downgraded to a Union Territory, Defence Minister Rajnath Singh on Friday said there is a possibility of holding the polls “by this year-end”.

“It appears to me that the electoral exercise may begin by the end of the current year. There are strong possibilities,” he said in Jammu while speaking at a function organised to mark the 200 years of the coronation of Maharaja Gulam Singh, the first Dogra ruler of undivided Jammu and Kashmi

Referring to the recently completed delimitation exercise, the BJP leader said the composition of the Jammu and Kashmir Assembly was going to change after the delimitation of constituencies. Earlier there were 83 Assembly seats—37 in Jammu and 46 in Kashmir. Now, there will be 47 seats in Kashmir and 43 in Jammu.
Rajnath Singh, who is on a two-day visit to the Union Territory, said, “By this year-end, there is a possibility of holding assembly elections in Jammu and Kashmir.”

The indication of a timeline comes two days after the Election Commission initiated the revision of electoral rolls in the union territory and prepare the draft rolls by August 31.

During the revision exercise, citizens would be given opportunities to enrol, delete and change their particulars in the electoral rolls.

Last month, the Central government issued a notification saying the orders of the Delimitation Commission which redrew electoral constituencies and provided six additional assembly seats to the Jammu division and one to Kashmir would come into effect from May 20.

According to the orders of the Delimitation Commission, set up under the Jammu and Kashmir Reorganisation Act of 2019, the Union Territory will have 90 assembly constituencies — 43 in the Jammu division and 47 in Kashmir — with nine of them being reserved for the Scheduled Tribes.

The erstwhile state had 87 seats — 46 in Kashmir, 37 in Jammu and four in Ladakh. During its reorganisation, Ladakh was declared a separate union territory without a legislature.

The three-member delimitation panel was headed by Justice Ranjana Prakash Desai, a retired judge of the Supreme Court. Then chief election commissioner Sushil Chandra (now retired) and Jammu and Kashmir Election Commissioner K K Sharma were its two ex-officio members.
Prime Minister Narendra Modi, during a meeting with Jammu and Kashmir leaders on June 24 last year, had said the ongoing delimitation exercise has to happen quickly so that polls can be held to install an elected government that gives strength to its development trajectory.