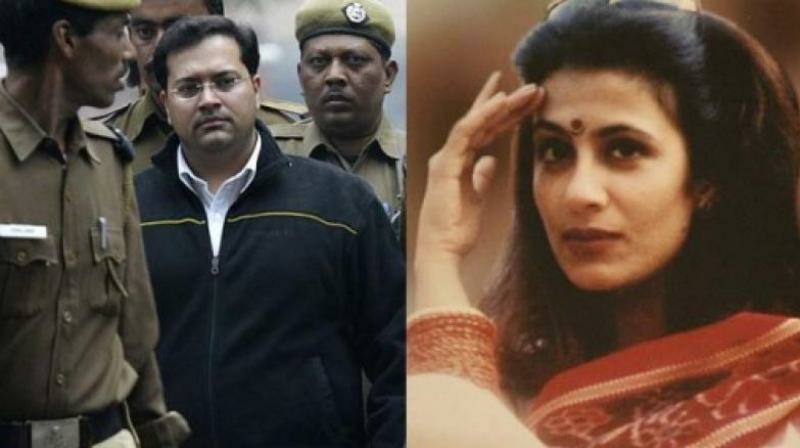 New Delhi: Nearly two decades after Jessica Lal was killed, her sister Sabrina Lal has said she has forgiven her killer Manu Sharma and has “no objection” to his release.

“I am told that in this period he has been doing good work for charity and helping inmates in jail which I feel is a reflection of reform,” Sabrina was quoted as saying.

According to a report in The Times of India, Sabrina, in a letter to the welfare officer, Central Jail No 2, Tihar jail, in March, wrote, “I would like to state I have no objection to his release, owing to the fact that he has spent 15 years in jail.”

Sabrina said, “He has served his sentences and I am done with it… In my own mind I have forgiven him.”

“It will be like a catharsis to forgive and move on. I also need to get on with my life,” she said, adding, “I don’t want to hold on to any more anger or hurt. I feel that he has served his sentence. I don’t feel there is any need to hanker about the situation,” the report said.

She wrote the letter “in response” to the jail officer’s letter to her regarding “compensation and release of Sidhartha Vahishta s/o Venod Sharma convicted in FIR no 287/1999 under section 302 IPC”.

Sabrina, who lives in Gurgaon, declined ‘financial assistance from the victim welfare fund’ and wrote to the jail requesting them to “give the same to others, who are more in need”.

Sidhartha Vahishta, better known as Manu Sharma, has been in prison for a cumulative period of 15 years, the last six months in an open jail.

He has been staying in an “open jail” on grounds of good conduct. The 41-year-old sentenced to a life term is allowed to leave his quarters in Delhi’s Tihar Jail every day for work and return in the evening.

According to a report in NDTV, Manu Sharma supposedly works with a non-profit in his name, which claims to work for rehabilitation of prisoners and their children.

The son of former minister Venod Sharma, a Congress politician, Manu Sharma was convicted of killing Jessica Lal at a bar during a private party in April 1999. He shot Jessica, who was working that night at the unlicensed bar, after she refused to serve him a drink late at night, said witnesses.

His acquittal by a trial court sparked nationwide outrage and protests following which the case was readmitted in 2006 in the Delhi High Court.

The high court reversed the trial court order in December 2006 and sentenced Sharma to life term for the brutal killing. Two months later, the Supreme Court in February 2011 upheld the high court verdict.
Sharma has spent around 15 years in prison.