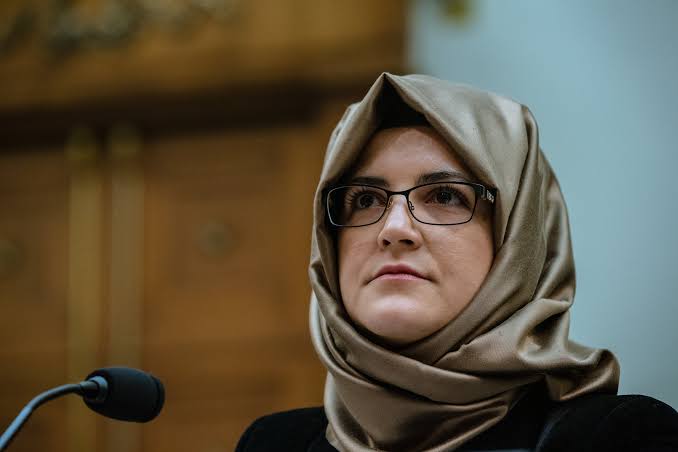 The Biden administration has until August 1 to respond to the petition.

US district court judge John Bates said in an order that the US government can respond to the case among other things, “regarding the applicability of head-of-state immunity in this case.” If the government fails to respond, Mohammad and other defendants have until August 16 to respond.

Mohammed bin Salman and twenty co-defendants were named in a lawsuit brought in 2020 by Cengiz and Democracy for the Arab World Now (DAWN), an organization dedicated to human rights that Khashoggi created before his murder.

According to the lawsuit, Khashoggi was tortured, killed, and dismembered on orders from the crown prince, also known by the initials MBS.

Motions to dismiss Cengiz’s complaint have been filed by the crown prince and two of the co-defendants, who argue that the court lacks both subject matter and personal jurisdiction. Saudi officials have attributed Khashoggi’s death to “rogue agents.”

However, the crown prince has already denied ordering the journalist’s murder.

In 2018, the CIA came to the contrary conclusion to Saudi Arabia’s assertion that the crown prince was unaware of the plot and had not given the go-ahead to kill Khashoggi.

Oct. 2, 2018, Khashoggi was assassinated after he went to the Saudi consulate in Istanbul to get the paperwork he needed to wed Cengiz. He had been fiercely critical of the crown prince, who essentially runs Saudi Arabia and has carried out a crackdown on competitors and dissidents, in columns for The Washington Post in the months before that visit.

The Turkish government initially made public the journalist’s demise and dismemberment. Following the murder, attempts to isolate Saudi leadership and a wave of worldwide disgust erupted.