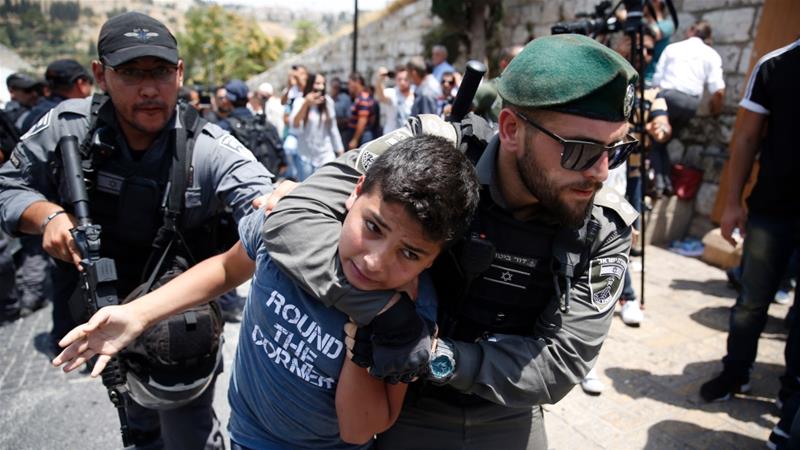 A new report has revealed that Palestinian children being held in Israeli prisons have been subjected to sexual assault, Quds Press Agency reported.

Prisoners and Ex-Prisoners Affairs Authority in a report said that a number of Israeli Al-Nahshon members recently assaulted several sexual children, prisoners, during the process of searching them before transferring them to court sessions.

In its report, the commission indicated that in live testimonies received from many of the young prisoners held in the Megiddo detention center, one of the Israeli Nahshon members deliberately attacked them in a humiliating and provocative manner and touched their sexual organs deliberately and repeatedly.

Prisoners’ Committee instructed the lawyers working in the commission to follow up on the issue, noting that the children have, “become victims of the barbarism of the warders and members of the juvenile and their sexual desires, without taking into account their young age, the innocence of their childhood and the weakness of their physical structure.”

It called on international and human rights institutions, especially those concerned with children’s rights, to urgently and quickly intervene to rescue these child detainees and provide them with protection.

Out of the approximately 4,550 Palestinian prisoners currently held by Israel, about 730 are currently being held in administrative detention, a number that has increased since March as Israel stepped up its raids in the occupied West Bank