It’s a pomato! Scientists grow potato and tomato in one plant 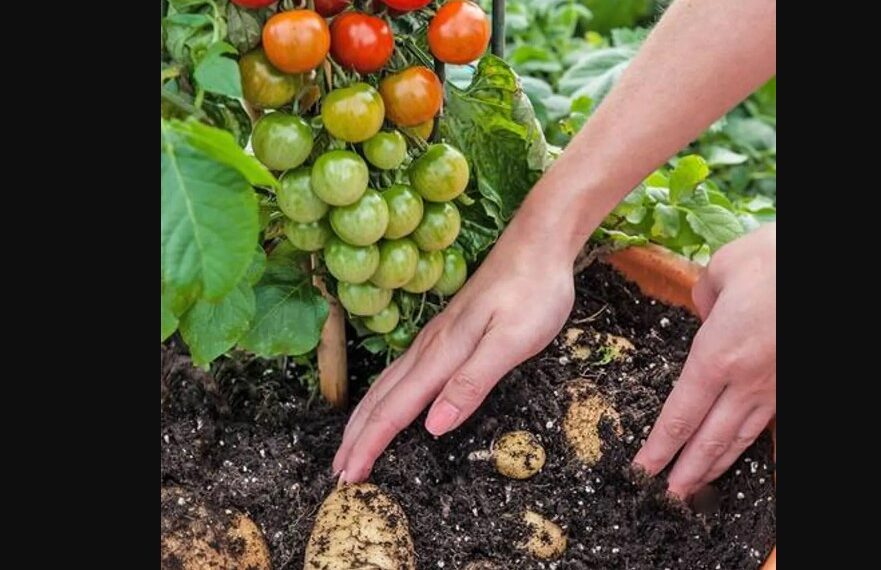 Potatoes and tomatoes are the almost essential ingredients of Indian cuisine, but did anyone ever believe that the two could be grown in one plant?

The Indian Institute of Vegetable Research (IIVR) in Varanasi has developed a technique through which potato and tomato can be grown on a single plant and the same is named as ‘pomato’.

Pomato was developed last year and IIVR scientists have been trying to further improve the quality and quantity of the same.

They have now succeeded in growing brinjal on the pomato plant and this is aptly called ‘Brimato’. Chillies are also being grown on the Brimato plant.

Scientist Dr Anant Kumar said that it had taken five years of research to develop the new multiple varieties.

“Each plant of pomato can yield up to two kilograms of tomatoes and 600 grams of potatoes. The lower layer of soil is for potatoes and the upper layers for tomatoes. Similarly additional layers are used to grow brinjals and chillies. These plants can be grown in pots and are ideal for households.”

He said that scientists were working on growing other vegetables like cucumber, gourd and bitter gourd together in one pot.

He further said that for larger cultivation areas, these plants are grafted into the soil but take longer time to be ready for use.

“The brinjal takes about 25 days to get ready to be plucked while tomato takes 22 days,” he said.