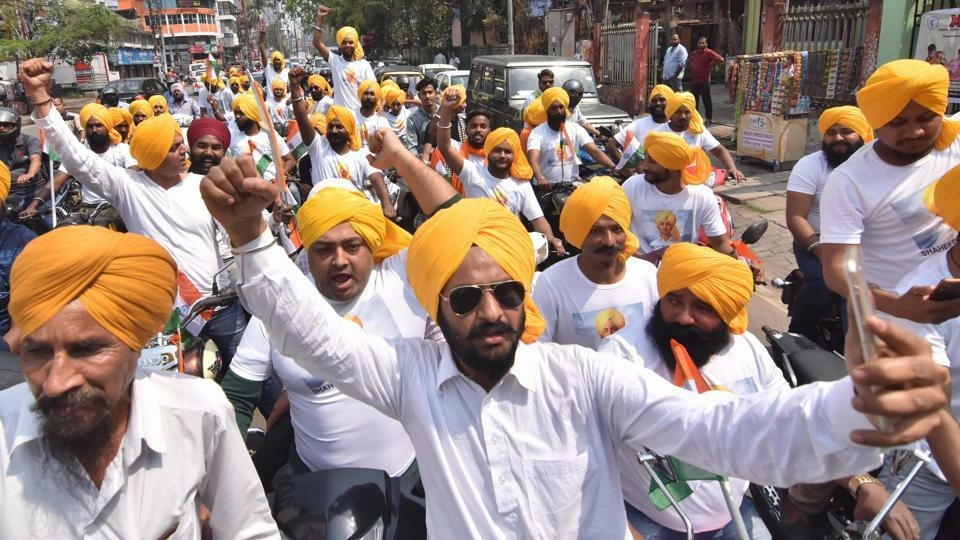 New Delhi :Is wearing a turban integral to Sikh religion, asked the Supreme Court after a Delhi-based cyclist Jagdeep Singh Puri, challenged a local cycling association’s rules that required him to wear a helmet to participate in a competition.

Puri (50) moved the petition with the plea that he cannot wear a helmet because it’s mandatory for him to wear a turban as per the Sikh religion.

A bench of justices SA Bodbe and LN Rao wondered whether wearing a turban was necessary under the religion or just covering one’s head was. They referred to sportspersons from the Sikh community who didn’t wear turbans while participating in games.

“We have sympathy for the cause. But have you showed us anything that makes it mandatory under Sikh religion to wear a turban only? For example Bishen Singh Bedi played cricket while simply covering his head. He never wore a turban. And what do soldiers do in battles? Don’t they wear helmets? You basically need to define what is a turban?,” the bench told Puri’s counsel, RS Suri.

The lawyer told the bench that the Central Motor Vehicle Act grants exemption to Sikhs from wearing helmets while driving a two-wheeler. In several foreign countries such as the UK and US, members of other communities, including Sikhs, have been permitted to wear turbans while playing sports in keeping with their religious beliefs.

But, the bench gave example of Milkha Singh. “Great sportspersons have never worn a turban. It seems to us that wearing a turban is not mandatory but covering your head is,” the bench said.

Justice Bobde said there was no harm in wearing a helmet if it was for one’s safety. “Why don’t you wear it? Why do you want to risk your head? Here you are undertaking a cycling competition. You can smash your head and then you will allege the organisers are not following safety standards,” the judge said.

Fixing April 23 to hear Puri’s petition again, the bench asked Suri to get an authority on turbans. “We want to know whether it’s essential part of your (religious) practice.” The court also asked senior advocate CU Singh to assist in the matter.

Puri, a graphic designer by profession, moved the SC after he was disqualified from the Azad Hind Brevet (long distance cycling) organized by Audax India Randonneurs (AIR), after he refused to wear to helmet since he was wearing a turban. He complained that the rule violated his fundamental right to practise and profess one’s own religion guaranteed under Article 25 of the Constitution.