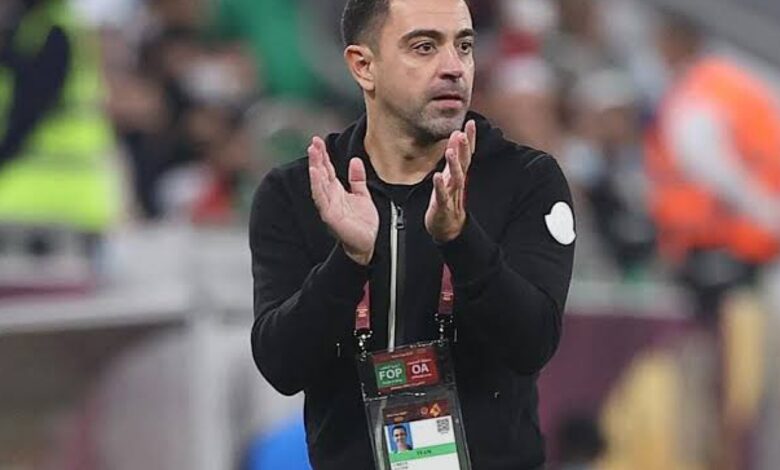 The Spanish club said the coach missed his team’s trip to the American pre-season tour due to problems with his passport.

Reports indicated that Xavi’s passport had Iranian stamps because he traveled to Iran while playing for the Qatari team, Al Sadd, to compete in the Asian Champions League, which prevents him from entering the United States.

Barcelona announced a preliminary agreement with its German counterpart, Bayern Munich, regarding the transfer of striker Robert Lewandowski to his first team.

“Barcelona and Bayern Munich have agreed on the transfer of Lewandowski, pending a medical examination and the player’s signature,” the Catalan club said, on Saturday, in a statement.

Lewandowski moved to Bayern Munich in 2014, coming from Borussia Dortmund free of charge, and played 375 games with the Bavarian team in all competitions, scoring 344 goals and making 72 goals.