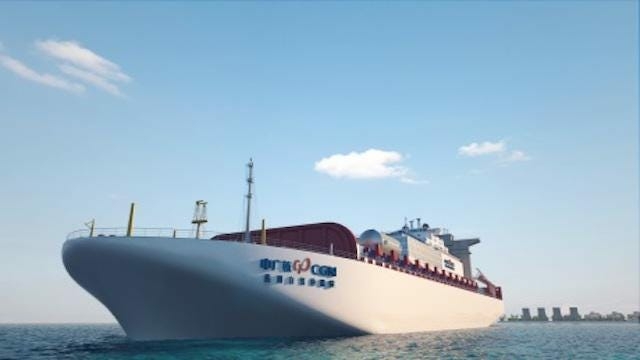 China has become only the third country to build a “floating nuclear reactor”.

`ACPR50S’ has been tested extensively to check its resilience against hurricanes and extreme weather events.

China is the third country to build and adopt a floating reactor, after the US and Russia. According to marine engineers, China’s first floating nuclear power station may be able to endure a once-in-10,000-years weather catastrophe, South China Morning Post reported.

The 60-megawatt reactor is being developed off China’s East Coast to power oil rigs and islands in the Bohai Waterway, an inner sea with generally calm waters.

This floating reactor is the result of a Chinese plan which aims at commercializing a new generation of small and portable nuclear reactors. It is believed to be an idea that primarily strived to power the oil rigs and islands in its lesser developed eastern coast of the country.

This 30,000-tonne floating reactor will be completed next year and will be the first of a fleet that China aims to develop along its energy-hungry east coast all the way to the disputed South China Sea, according to SCMP.

However, it eventually assumed political significance as China now aims to establish an entire nuclear fleet extending from the Eastern Bohai Sea to the disputed South China Sea, which has seen much of China’s expansionist tendencies.

Once the demonstration unit was built and deployed for trials in the Bohai Sea, the country has plans to build up to 20 floating Nuclear Power Plants to operate in the disputed waters, said a Belfer Centre report in 2018

China National Nuclear Cooperation is building a new floating power station in Yantai, Shandong province that will be more than twice the size of the Bohai Sea project. It will be completed in 2023 and will offer renewable energy to an industrial park that is home to some of China’s largest chemical factories.

According to the corporation, it will also be able to depart the port and operate in international waters in the Yellow Sea.

Apart from providing electricity and powering the oil rigs in the East-coast, this floating reactor also complements the Chinese quest to phase out coal and adopt cleaner energy, in consonance with its COP26 commitments.

China is an energy-intensive sector that mainly relies on coal-induced thermal power for its development. Adoption of cleaner forms of energy is imperative for a country that is among the highest emitters of greenhouse gases in the world.

Marine engineering scientist Kong Fanfu and a team from the Wuhan Second Ship Design and Research Institute put a scaled-down replica of the nuclear reactor through its paces at an extreme weather simulation facility in Hubei province.

They came to the conclusion that the power station should be able to continue producing electricity in gusts exceeding 37 m/s, which is equivalent to hurricane force or the highest level on the Beaufort scale.

The researchers increased the artificial wind speed by more than 50% and added other storm conditions such as exceptionally high waves and strong undercurrents, which occur infrequently together.

According to the team’s study, which was published last month in the Chinese peer-reviewed Journal of Ordnance Equipment Engineering, the model platform remained upright throughout hours of testing. They claimed that the core region of the platform, where the reactor is located, was subjected to far less movement than the rest of the ship. This gives credence to China’s floating reactor program.

While such strong weather events have not been reported in the Bohai Sea as had been artificially created, Kong and his colleagues argued that the possibility must be anticipated since “the ship body must not capsize under any circumstances”.

The mooring crane on the floating plant is built to handle about 600 tones of pressure. According to Wuhan University experts, a catastrophic weather event may put it under 2,000 tones of stress. The remedy to combat such an eventuality could be to make the crane bigger and stronger, but additional testing is required, according to the experts.

Safety management has been identified as the primary worry of Chinese nuclear scientists and engineers for the floating nuclear reactor project, with malpractice or incompetence caused by insufficient training being the greatest risk issue.

These technical challenges could be addressed by the Chinese scientific community that has successfully tested a floating power plant, a feat achieved by only two technologically advanced countries. However, the process of making these power plants, in Bohai and later in the contested South China Sea, would not be devoid of various other hurdles.

The current floating reactor that has undergone testing is believed to bring prosperity to the eastern region of the Chinese mainland. With minor fixes that have already been underlined, the reactor could change the face of the region with clean fuel and enhanced productivity.