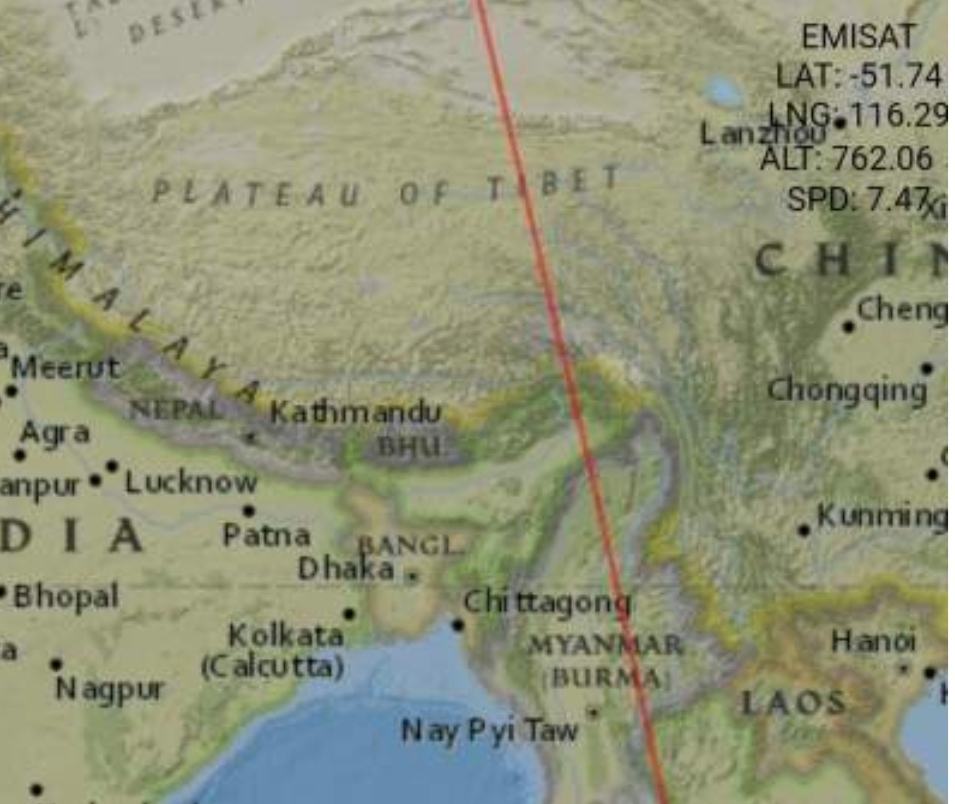 The satellite which carries Kautilya, an ELINT (electronic intelligence) package whose “capabilities are among the most highly-classified and closely-guarded aspects of operation for military purposes on Saturday carried out a pass over PLA positions in occupied Tibet near Arunachal Pradesh,” an official source said.

Built by the Indian Space Research Organisation (ISRO), EMISAT’s ELINT missions monitor radio signals which are used to determine the nature and location of all the sources of transmissions in an enemy area.

The satellite pass came a day after talks between India and China over the stand-off over Chinese structures on Finger 4 area along the Line of Actual Control (LAC) in Pangong Tso in Ladakh, made no headway, even as both sides have agreed to continue their meetings aimed at disengagement and de-escalation.

Sources said the Chinese troops have also been mobilised in Depsang sector, as soldiers could be spotted digging the area on their side of the LAC. The PLA had also intruded into Depsang in 2013.

On Friday, sources said, Indian radar reconnaissance satellite RISAT-2BR1 carried out a pass over Chinese People’s Liberation Army Navy (PLAN) base in Djibouti in the Horn of Africa. The base is the PLAN’s first overseas military base, built at a massive cost. Recently, there were reports that three Chinese warships are in the waters near the Djibouti coast.

On July 11, EMISAT’s ELINT (Project Kautilya) carried out a pass near Pakistan Navy’s Ormara base (Jinnah Naval Base). The base also has submarine berthing facilities and has reportedly hosted Chinese submarines in recent years.

Though India and China remain engaged in talks over the LAC standoff, there is speculation in Ladakh and Kashmir that Pakistan and China are preparing for a two-front war against India during the coming winter.