Indian government allegedly pressured or harassed media outlets critical of them: US report 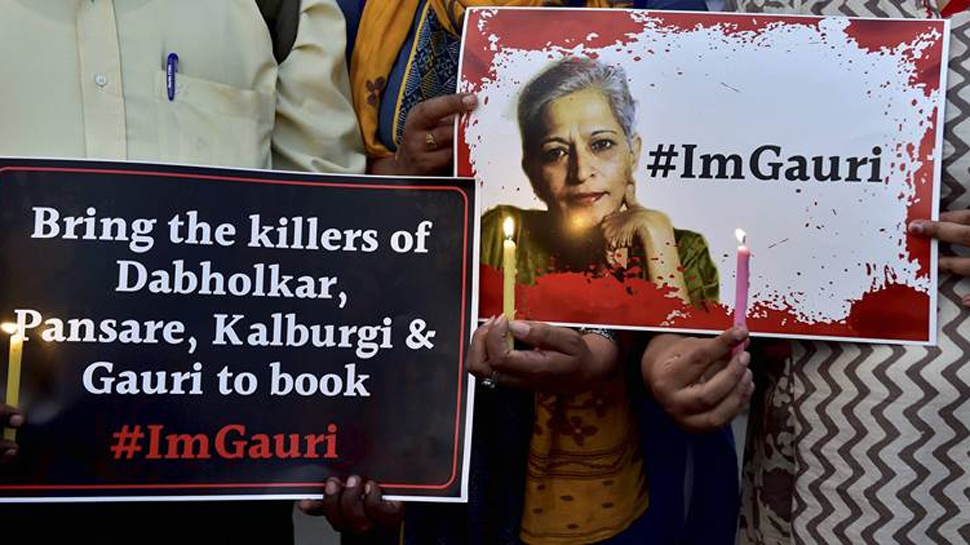 Washington: The Trump administration claimed that in India, media outlets critical of the government were allegedly pressured or harassed in 2017. “The Constitution (of India) provides for freedom of speech and expression, but it does not explicitly mention freedom of the press. The government (of India) generally respected these rights, although there were instances in which the government allegedly pressured or harassed media outlets critical of the government,” US State Department said in its annual Human Rights Report for the year 2017.

The Congress mandated annual report of the Department of State chronicles situation of human rights in almost all countries of the world. While the situation of human rights in India, as compared to other countries, is much better, the State Department report chronicles major instances of incidents perceived as an attack on the press freedom in India.

This comes at a time when the Trump administration itself is being accused of launching an assault on the freedom of the press. President Donald Trump himself has coined the word “fake media” for those news reports and media outlets that are critical of him.

In its report, the State Department said individuals routinely criticised the government publicly and privately. According to Human Rights Watch, however, sedition and criminal defamation laws were sometimes used to prosecute citizens who criticised government officials or opposed state policies, it said.

According to media watchdog The Hoot’s India Freedom Report detailing cases between January 2016 and April 2017, “there was an overall sense of shrinking liberty not experienced in recent years.” The report detailed 54 alleged attacks on journalists, at least three cases of television news channels being banned, 45 internet shutdowns, and 45 sedition cases against individuals and groups.

Noting that independent media generally expressed a wide variety of views, it said the law prohibits content that could harm religious sentiments or provoke enmity among groups, and authorities invoked these provisions to restrict print media, broadcast media, and publication or distribution of books.

The report mentioned the CBI raid on NDTV, exit of Bobby Ghosh as the editor of The Hindustan Times and arrest of cartoonist G Bala.

The State Department said in 2017, some journalists and media persons reportedly experienced violence and harassment in response to their reporting. During the year a subcommittee of the Press Council of India issued a report to the government on the protection and preservation of the freedom of the press and integrity of journalists; the report highlighted that at least 80 journalists had been killed since 1990 and only one conviction had been made.
“Online and mobile harassment, particularly of female journalists, was prevalent, with some female activists and journalists reporting that they receive thousands of abusive tweets from ‘trolls’ every week,” it said.

The report noted the killing of senior journalist and activist Gauri Lankesh and attack on television journalist Shantanu Bhowmik.

Widespread corruption; reports of political prisoners in certain states; and instances of censorship and harassment of media outlets, including some critical of the government continued, it said. “There were government restrictions on foreign funding of some nongovernmental organizations (NGOs), including on those with views the government stated were not in the “national interest,” thereby curtailing the work of these NGOs,” it said.

“A lack of accountability for misconduct at all levels of government persisted, contributing to widespread impunity.

Investigations and prosecutions of individual cases took place, but lax enforcement, a shortage of trained police officers, and an overburdened and underresourced court system contributed to a small number of convictions,” said the State Department.