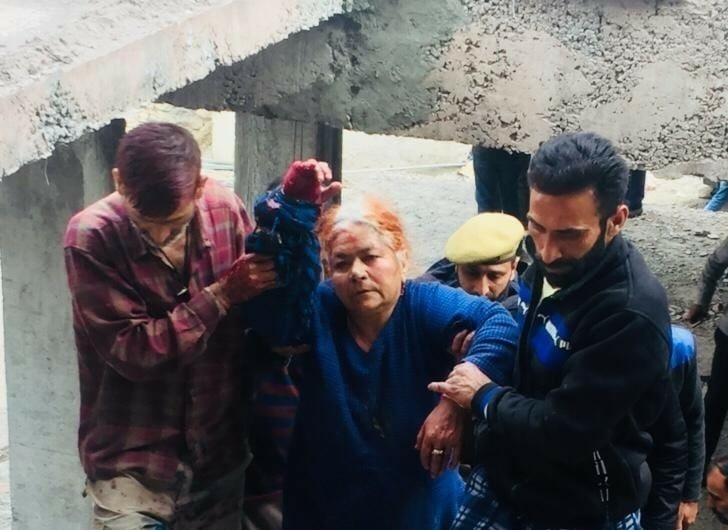 Srinagar: Two soldiers including a BSF Sub-Inspector and at least three civilians, one of them a woman, were killed in mortar shelling and firing along the Line of Control in Uri area of north Kashmir’s Baramulla district.

Five other civilians were injured in similar incident along the LoC in Poonch district of Jammu.

Quoting official sources, news agency GNS reported the two soldiers of BSF and three civilians were killed and another one critically injured in heavy mortar shelling and firing by Pakistan along the Uri Line of Control.

The BSF Sub-Inspector has been identified as Rakesh Doval and as per officials he along with other soldier succumbed to injuries they had sustained during a “ceasefire violation” by Pakistan in the Uri sector. “The troops gave a befitting response to the ceasefire violation,” the official sources said.

The civilian killed in the incident have been identified as Tahib Ahmad Mir (36) son of Jaleel Ahmad Mir of Sultan Daki, Irshad Ahmad son of Karamat Hussain of Sarai Bandi Kamlakote and Farooqa Begum wife of Bashir Ahmad Dar of Balkote. One civilian was also critically injured and has been identified as Nasder Hussain son of Peer Hussain of Kamalkote. He has been shifted to GMC Baramulla, the officials added.

Meanwhile, five civilians including a middle-aged woman and two porters were injured in shelling and firing by Pakistan army along Sawjian sector in Poonch district.

They have been identified as Hajra Begum (50) wife of Abdul Salam, Touseef Ahmad and Mohammad Rashad son of mehraj Din, residents of Sawjian Maidan while two porters of 183 BN BSF include Mohammad Afaraz son of Zaman Kahan and Mohammad Ibrahim son of Brahamdin Khan, both residents of Saujian (Chaprian. All the injured have been rushed to the hospital, Station House Officer Mandi Tilk Raj told GNS. (GNS)