‘India mother of democracy; must save itself from Foreign Destructive Ideology’: PM Modi 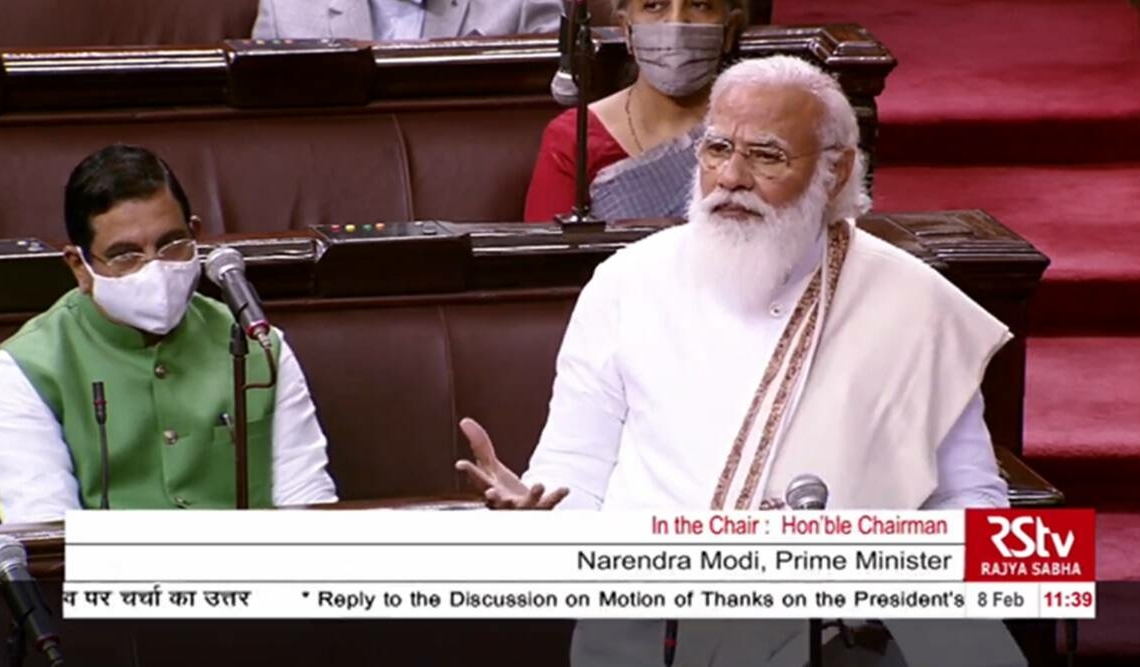 Prime Minister Narendra Modi Monday said that India needs to aware of and cautioned against the “foreign influences” over its internal issues even as he coined a term ‘Foreign Destructive Ideology (FDI)’ to referring to it.

The PM was replying to the Motion of Thanks on President Kovind’s address in Rajya Sabha.

“The nation is making progress and we are talking about FDI but I see that a new FDI has come to the fore. We must protect the nation from this new FDI. We need Foreign Direct Investment but the new FDI is ‘Foreign Destructive Ideology’, we have to protect ourselves from it,” he said.

During the address, PM Modi also hit out at those who are seen in every agitation. “In the last few years, we have witnessed a new category of protesters, “Andolan jeevi”, who one can witness in every agitation. We need to protect this country from these Andolan Jeevi, who are actually “parjeevi”. They don’t have their own strength, but they join all agitations,” he added.

Earlier last week, Rihanna, who has over 100 million followers on Twitter, took to the microblogging site and shared a CNN report headlined, “India cuts internet around New Delhi as protesting farmers clash with police”. “Why aren’t we talking about this? #FarmersProtest,” Rihanna wrote. Climate activist Thunberg also shared the CNN report on farmer protests, but was more explicit in her support. “We stand in solidarity with the #FarmersProtest in India,” she wrote.