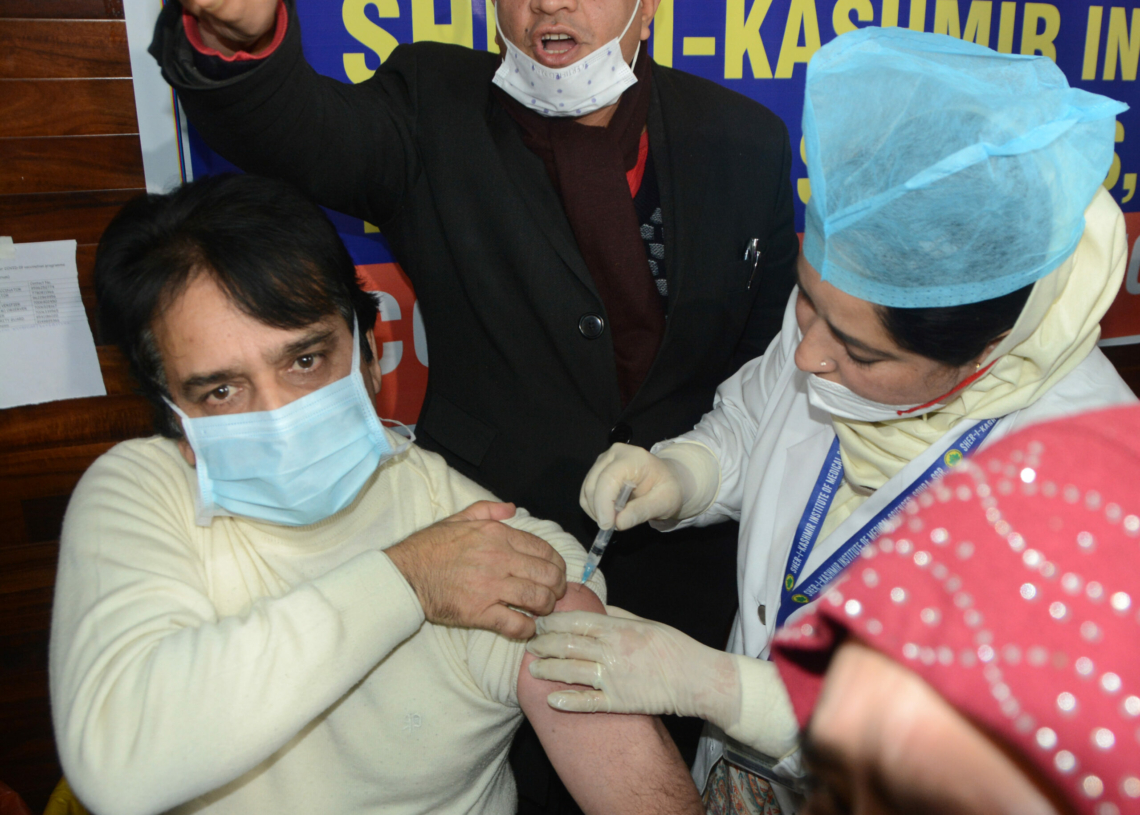 New Delhi:  India has become the fastest country in the world to reach the 4 million COVID-19 vaccination mark, achieving this feat in 18 days, the Union Health Ministry said today.

More than 41 lakh beneficiaries have been administered shots under the countrywide exercise till this morning.

“As on February, 1, India was among the top five countries in terms of number of COVID-19 vaccine doses administered to people. India continues to undertake its vaccination drive at a fast pace,” the ministry highlighted.

India’s fight against COVID-19 is bringing daily successes on other fronts as well, it said.

With a high number of COVID-19 patients recovering every day and the sustained fall in the mortality rate, India’s steady trend of registering dipping active cases continues, the ministry underlined.

The country’s active cases have declined further to 1,60,057 and dipped below 1.5 per cent of total infections. A total of 11,039 new confirmed cases were recorded in a span of 24 hours in the country, the lowest in seven months, the ministry said.

Also, 14,225 new recoveries were registered in the same period. It has led to a net decline of 3,296 cases from the total active caseload, the ministry underlined. The total recovered have surged to 1,04,62,631.

The National Recovery rate (97.08%) continues to be one of the highest globally, the ministry underscored.

“The gap between active cases and recovered cases is continuously increasing and stands at 1,03,02,574,” the ministry said adding 31 states and UTs have less than 5,000 active cases.

Till Wednesday, 41,38,918 beneficiaries have received the vaccination under the countrywide COVID19 vaccination exercise. In a span of 24 hours, 1,88,762 healthcare workers were vaccinated across 3,845 sessions.

A total of 76,576 sessions have been conducted so far.

The number of beneficiaries being vaccinated every day has shown a progressive increase, the ministry stated.

The ministry further said that 83.01 per cent of the new cases are from six states and UTs. Kerala has reported the highest daily new cases at 5,716. It is followed by Maharashtra and Tamil Nadu with 1,927 and 510 new cases each respectively. A total of 110 case fatalities have been reported in a span of 24 hours.

Five states and UTs account for 66.36 per cent of these. Maharashtra reported maximum casualties with 30 new fatalities. It is followed by Kerala with 16 new daily deaths.