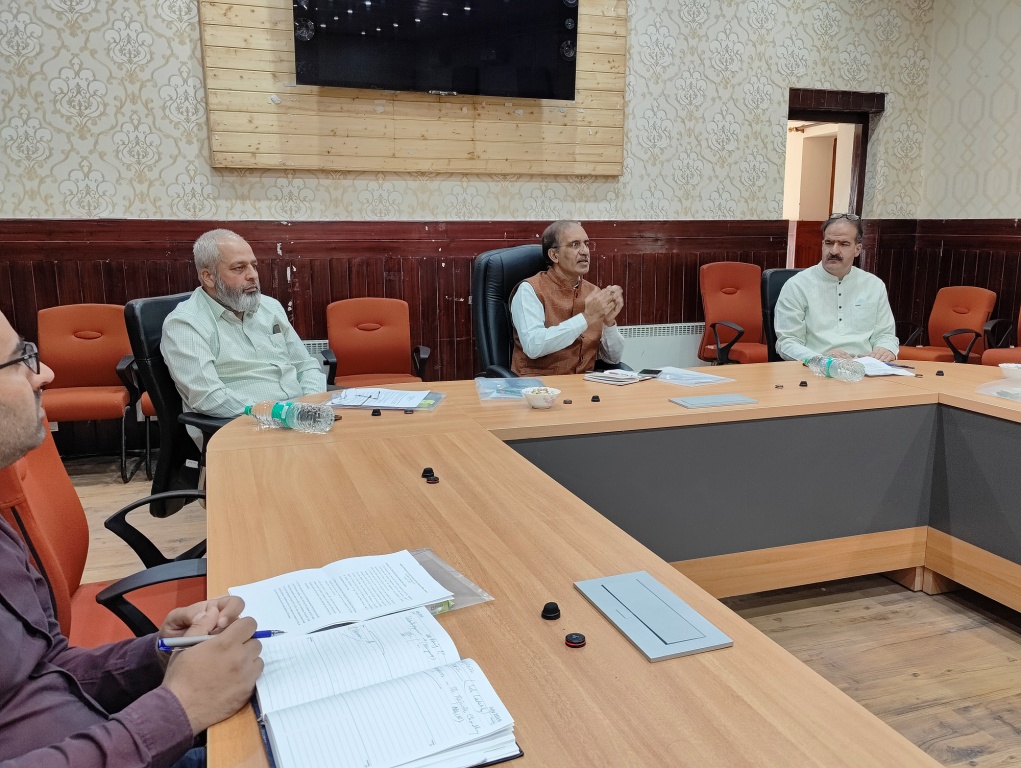 IMPCC meeting is convened to provide a platform to members to highlight their activities and initiatives.

In his address,  Chaudhry highlighted that there is an essential need for strengthening inter-media relations between different units of Information and Broadcasting Ministry and Central Government departments in Jammu, Kashmir and Ladakh. Better media integration and synergy among the departments is significant in achieving better media coverage, he added.

Chaudhry emphasized that publicity should not be seen as an event based activity but has to be a sustained ongoing process and that ideas must be shared by the departments further to be converted into concrete stories in collaboration with media units. He added that a positive story planned and placed well in the media will help change the course of any ongoing project or implementation towards success.

ADG underscored the need to identify a success story or an achievement, package it well and amplify it nationally. Highlighting proper story for further amplification as per relevance of the content is the need of the hour, he further said.

Joint Director Central Bureau of Communication (CBC), Jammu & Kashmir and Ladakh, Ghulam Abbas gave an overview about the department and functioning of various units. The mandate of CBC offers an opportunity to all the media units and departments to highlight various centrally sponsored schemes and initiatives, he said.

Deputy Director, Press Information Bureau Srinagar, Tariq Rather provided an overview about main activities of PIB in J&K. He also emphasized upon the cooperation between the departments in giving meaningful information and data in order to cull out good developmental stories.

Field Publicity Officer, CBC, Anantnag, Shahid Lone provided a detailed account of activities being undertaken by the bureau in Ladakh.

Media & Communication Officer, PIB Srinagar, Majid Pandit underscored the need to ensure factually correct information and press matter to be shared with PIB to take the same to the masses in the interest of the larger benefit of the common masses. He also asked the participating departments to utilize social media platforms for quick, fast and accurate delivery of the information and achievements in a professional manner.

The meeting was attended by representatives of various departments including CPWD, Animal Husbandry Department Ladakh, Ladakh Renewable Energy Limited, All India Radio Leh and Command Area Leh among others.

The meeting called upon the media units to focus on better synergy, cooperation and improvement in quality content with respect to highlighting the initiatives and welfare programs of the Central Government. The meeting laid an emphasis on joining hands for the ‘Har Ghar Tiranga’ campaign to make it a success.

During the meeting, various action points were also worked out and suggestions were put forth for assisting the various departments in formulating coverage and feedback strategies. The meeting emphasized on the strategy to achieve this objective, by designing publicity programmes in a more attractive way and highlight the schemes through success stories to attract public attention to generate greater enthusiasm among the masses.