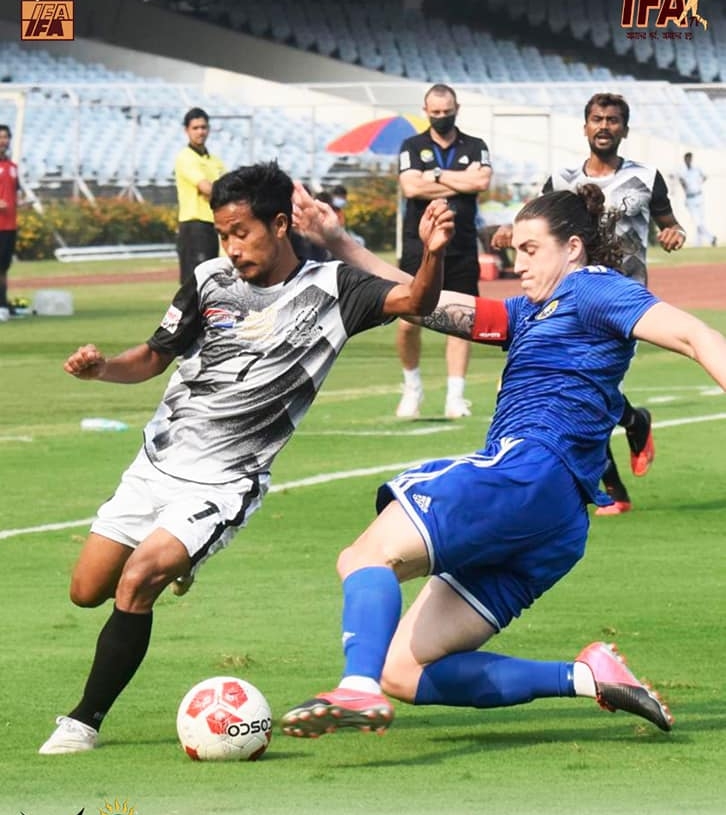 Kolkata: Real Kashmir FC added another feather to its cap on Wednesday after it drubbed Mohammedan Sporting Kolkata 4-0 making its way into the finals of the historic 123rd IFA Shield football tournament to be played on December 19.

It was a top-notch performance by the Snow Leopards at the iconic Salt Lake stadium playing against against former champions Mohammedan Sporting on Wednesday.

RKFC dominated the match completely and are now step away from lifting the historical IFA Shield trophy that is one of the oldest tournaments in the World.

In the match, both teams matched each others tricks in the first half. At the end of first score was goalless.

In second half, Real Kashmir FC looked a completely different side toying with Mohammedan Sporting Club defense line. They went on to score back to back four goals to seal their place in the final of the tournament .

Mason Robertson completed the mauling by scoring the fourth goal in the 91st minute.