IAS officers being encouraged to serve in J&K : MoS PMO 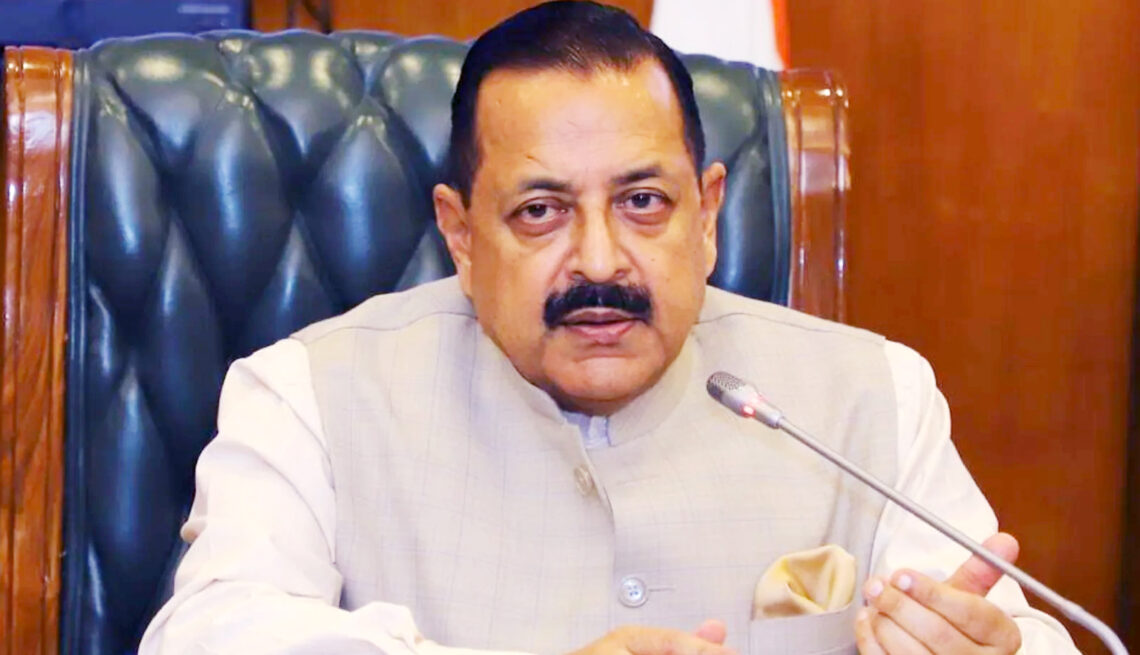 New Delhi: Union Minister of State in PMO  Dr Jitendra Singh today said  Department of Personnel & Training (DoPT) deputation rules have been relaxed to encourage IAS and other officers to get posted in J&K.

Briefing the media about several steps taken to address the shortage of officers in the newly created UT, Dr Jitendra Singh said, due to this relaxation, 22 officers belonging to various services and different cadres have been posted in Jammu & Kashmir at various levels at a crucial time.

Dr Jitendra Singh said, DoPT has played a major role in facilitating induction of Jammu & Kashmir Administrative Services Officers into IAS by coordinating with UT of J&K, Ministry of Home Affairs and UPSC. As a result recently 16 officers from JKAS have been inducted into IAS and another 8 such vacancies will be filled up shortly giving opportunities to the JKAS officers to become part of prestigious IAS service after a long gap of 12 years.

The Minister also added that Mid-Career Training of JKAS officers of various seniority was carried out in collaboration with LBSNAA and this has provided a new level of exposure to the JKAS Officers and more than 200 offices.

Dr Jitendra Singh also listed some initiatives by the Ministry of Personnel, Public Grievances and Pension, Government of India like special concessions/incentives to the Central Government employees working in Kashmir Valley in attached and subordinate offices or PSUs falling under control of Central Government. He said, they have been extended special concessions for a period of 3 years w.e.f. 1st August, 2021 and the incentives include an additional house rent allowance, composite transfer grant, per diem allowance, incentive for period of temporary duty, messing allowance, facility to draw pension at place of settlement in relaxation of relevant provisions.

The Minister also informed that the facility for retention of general pool accommodation available to officers who have served in central government has also been extended to officers posted in Jammu and Kashmir on the pattern of north east States.

Apart from the above measures, Dr Jitendra Singh said, three National Conferences on Good Governance were held in J&K covering hundreds of J&K employees. He said, best practices from J&K and all over the country were showcased and about 800 J&K government officers were trained on effective handling of public grievances.

Dr Jitendra Singh also informed that the Department of Administrative Reforms & Public Grievances (DARPG) in Ministry of Personnel had helped the J&K government to switch over to online functioning, as a result of which the UT exchequer would save over Rs 200 cr incurred in transport of records etc during Durbar move.

The Minister also informed that the District Good Governance Index was launched from J&K for bringing about healthy competition between districts to achieve goal of saturation of citizen services and improving developmental activities in districts. Moreover, 4 policy papers related to good governance were sponsored in J&K encouraging new models for development in the challenging scenario of J&K.

The Minister said, the government headed by Prime Minister Narendra Modi gives high priority to J&K and there is no dearth of support forthcoming, as far as the Centre is concerned.