`I never thought it would happen’: Fan gifts iPhone 13 to Kacha Badam singer 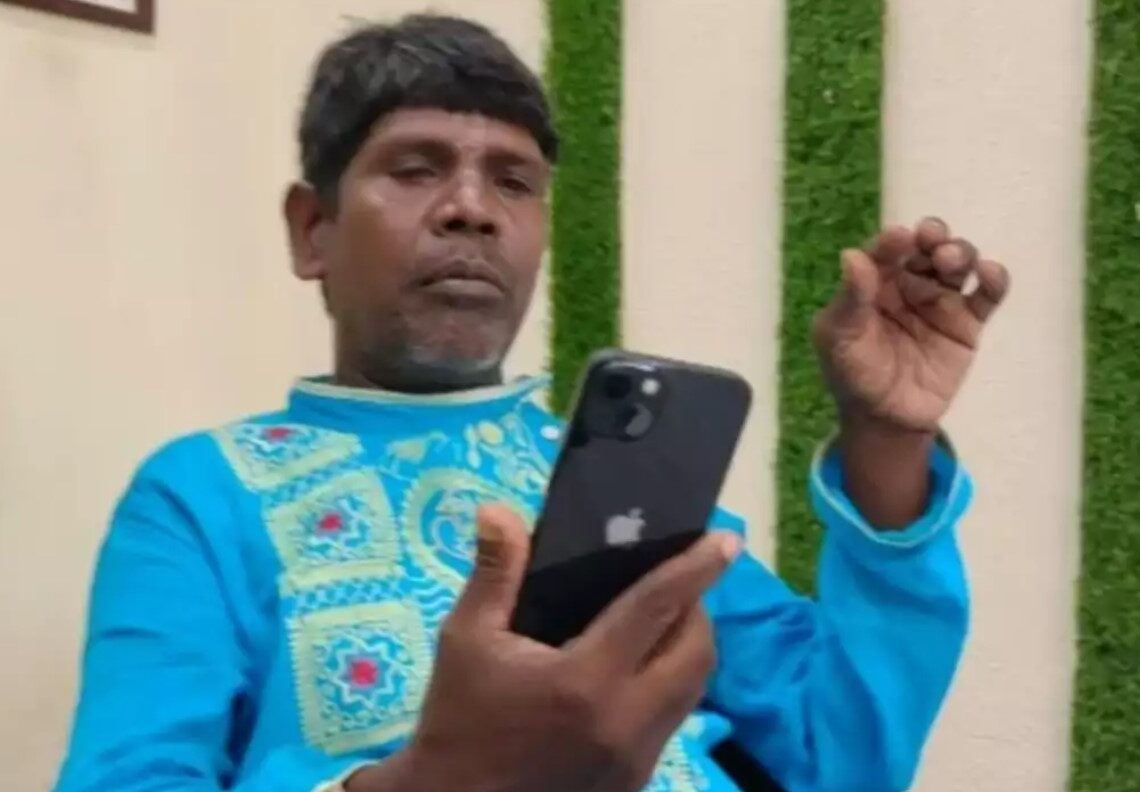 Fan following of Kacha Badam singer Bhuban Badyakar is increasing by the day.

Such is his fan following that one of them gifted him the iPhone 13.

After the song, Bhuban’s life changed for good.

Recently, Bhuban had performed at a show in Delhi and a fan who was in love with his songs gifted him an iPhone 13., Bhuban said that he was extremely happy to receive the iPhone as a token of love from his fan in Delhi

He said that people have blessed him. “I had never thought that it would happen and such good things would come in my life. I am clicking photographs with this phone,” he added.

Hailing from Kuraljuri village in Lakshminarayanpur Panchayat of Birbhum district, Bhuban used to travel to nearby villages selling peanuts in exchange for old bangles, trinkets, and other accessories. And, the now famous ‘Kacha Badam’ song was his way of attracting local customers and getting their attention. Now, he’s a celebrity and has already performed at a popular Kolkata eatery recently. Bhuban is currently enjoying his stardom to the fullest.

The super addictive tune of the Bengali song has made millions of  Instagram users crazy. From influencers, dancers, and even celebs from showbiz have been grooving on the beats of this peppy song raking in a record number of views.