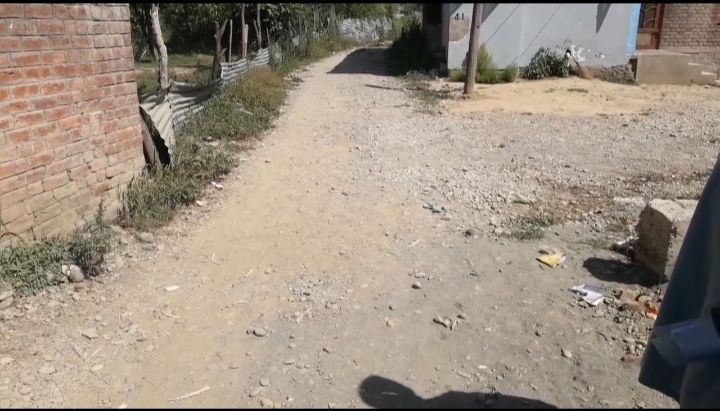 Srinagar: The dilapidated condition of roads in the Hyderpora area of central Kashmir’s Srinagar district is giving a tough time to commuters.

Locals complained the link roads from Galwanpora Laloo chowk to Mushtaq colony are in shambles.

“The road is dotted with potholes which speak volumes about the tall claims of the government of improving road connectivity,” the residents said.

They said that same is the condition of other roads in the area. The residents appealed to the administration to come to their rescue by addressing their problem and providing them with better road connectivity in the area earliest before the winter. “These roads are very dangerous and many cause fatal accidents.

It is winter season approaching and the government must repair these roads as soon as possible,” said Ghulam Mohammad, an elderly resident of the area, who was among the protesting group. Another resident said that driving two-wheelers or four-wheelers on the existing road was fraught with dangers for both the motorist and the pedestrians.

The residents appealed to the Srinagar Municipal Corporation (SMC) to look into the matter. “We appeal Mayor and the administration to repair the roads before the onset of winter. Young and elderly people may end up injuring themselves in winter” said Sameer Ahmad, another resident