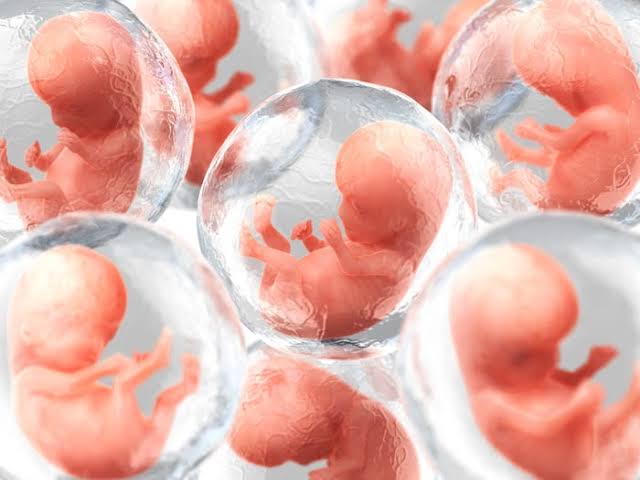 According to a paper published in the Journal Cell, scientists at Weizmann’s Molecular Genetics Department grew “synthetic mouse embryos” in a jar without the use of sperm, eggs, or a womb, It was the first time the process had been successfully completed, Insider’s Marianne Guenot reported.

The replica embryos could not develop into fully-formed mice and were therefore not “real,” Jacob Hanna, who led the experiment, told the Guardian. However, scientists observed the synthetic embryos having a beating heart, blood circulation, the start of a brain, a neural tube, and an intestinal tract. Hanna told MIT Technology Review after the success of the mouse experiment he is working to replicate the results with human cells, including his own.

“The embryo is the best organ-making machine and the best 3D bioprinter — we tried to emulate what it does,” Hanna said in a statement.

Other experts say it will take significantly more research before synthetic human embryos are within reach.

Renewal Bio, the Israel-based company founded by Hanna, wants to use this science for organ tissue transplants that could solve infertility, genetic diseases, and issues related to old age.

For example, the MIT Technology Review reported that blood cells from the embryo could potentially be used to help boost immunocompromised systems.

Renewal Bio believes some of the world’s most pressing problems are “declining birth rates and fast aging populations,” according to the company website.

“To solve these complex and compounding issues, Renewal Bio aims to make humanity younger and healthier by leveraging the power of the new stem cell technology,” the website reads.

Omri Amirav-Drory, the acting CEO of Renewal Bio, told the MIT Technology Review that the company did not want to “overpromise” or scare people with the potential technology, but that Hanna’s experiment was “amazing.”

The use of human embryo clones for research has frequently raised ethical concerns within the scientific community, including the potential that synthetic embryos may experience pain or sentience, according to a 2017 paper published in the journal eLife.

Hanna told the MIT Technology Review that he could potentially get around these ethical concerns by creating synthetic human embryos with “no lungs, no heart, or no brain.”