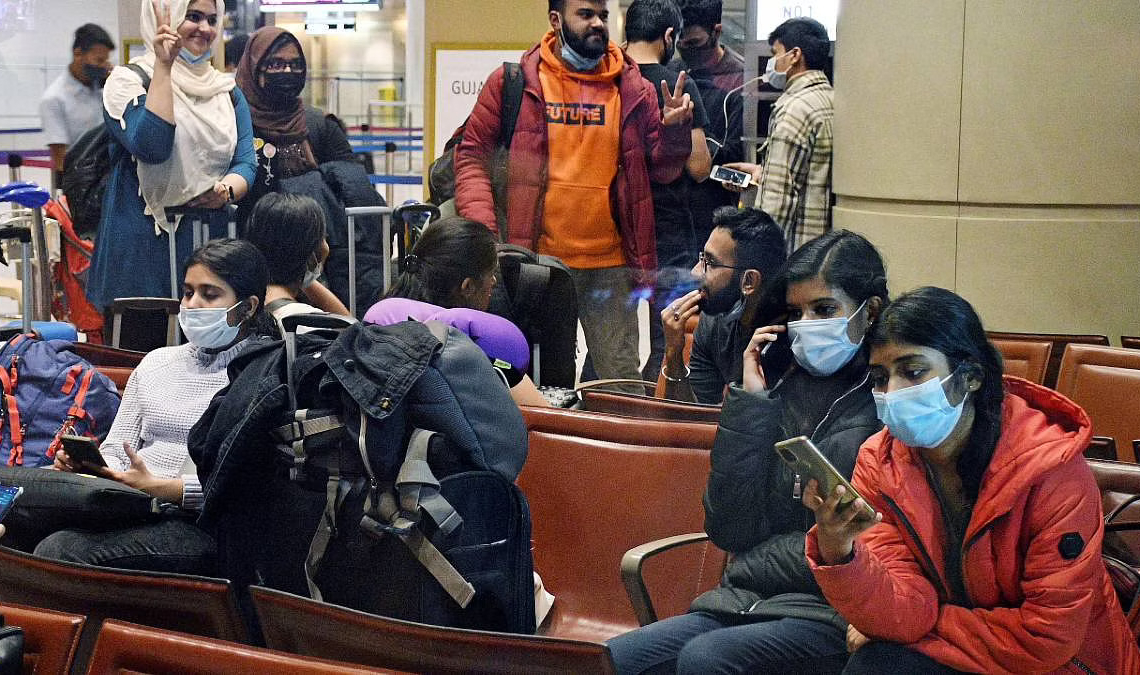 United Nations: India is exploring ways to help its students whose education in Ukraine has been interrupted by the war, according to India’s Deputy Permanent Representative R. Ravindra.

“We are exploring options to minimize the impact on our students’ education,” he said on Thursday during a debate in the Security Council on the humanitarian situation in Ukraine centered on education and children.

“We appreciate the relaxations made by the Ukrainian government for this academic year in respect of medical students,” he added.

According to the Ukrainian Education Ministry, there had been 18,095 Indian students studying there before the Russian invasion.

They were among the 22,500 Indian citizens who, Ravindra said, were safely brought back to India.

The Ukrainian Education Ministry has said that the final year MBBS students at universities there would get their degrees without having to take the final licensing exams, according to media reports.

Ravindra said that more than 900 educational institutions have been reported damaged or destroyed in Ukraine and called for “unequivocal” international support for the Kyiv government to protect them and continue educating children.

In keeping with India’s neutral stance, which also takes into account Ukraine’s travails, he did not criticize Russia or even mention it while speaking about the destruction of educational institutions by Moscow’s invasion.

Ravindra said: “Since the beginning of the Ukrainian conflict, India has stood for peace, dialogue and diplomacy. We believe that no solution can be arrived at by shedding blood and at the cost of innocent lives, especially those of women and children.”

“It is in our collective interest to work constructively, both within the United Nations and outside, towards seeking an early resolution to the conflict,” he added.

US Deputy Permanent Representative Richard Mills said: “Many on this Council have just now called for diplomacy to resolve this crisis.”

“We agree that diplomacy and dialogue are essential to resolve this crisis, and Russia should show its commitment to pursuing a peaceful resolution by silencing the guns and withdrawing its forces from Ukraine.”

Ravindra drew attention to the food crisis developing from the war and said that it “requires us to respond by going beyond constraints that bind us presently” — a reference to World Trade Organisation (WTO) restrictions.

While India has a stockpile of wheat estimated at 100 million tonnes, it faces problems in exporting from it because of the WTO restrictions on selling them because they have been acquired by the government from farmers — which India does to support the price levels.

Russia and Ukraine together account for about 30 percent of the global wheat exports, which have been affected by the war.

Ravindra also called for international cooperation to ensure energy security, which has been affected by disruption in supplies from Russia that have sent oil and gas prices soaring.