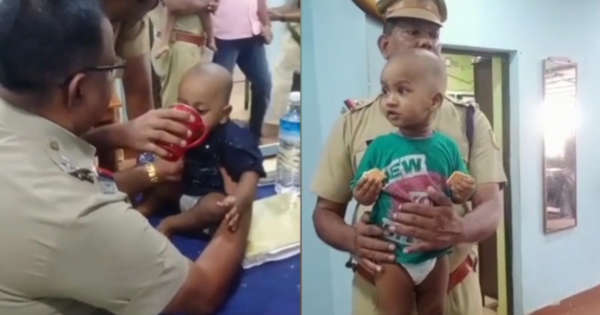 Media reports said a man walked into the Perumbavoor police station with his two children on Monday. The man was a drug addict and his wife had left him, police said.

Since he was unable to look after his two kids, he brought them to the police station. The officials also believe that the two boys had been starving for days.

Cops took the children from their drug-addict father as he looked dangerous.

In the video, cops can be seen feeding and calming down the two children, who looked malnourished and traumatized.

Since the father was unable to take care of the children, the police produced them before the Child Welfare Committee from there they were then shifted to a boys’ home.

The man was also admitted to a de-addiction center.