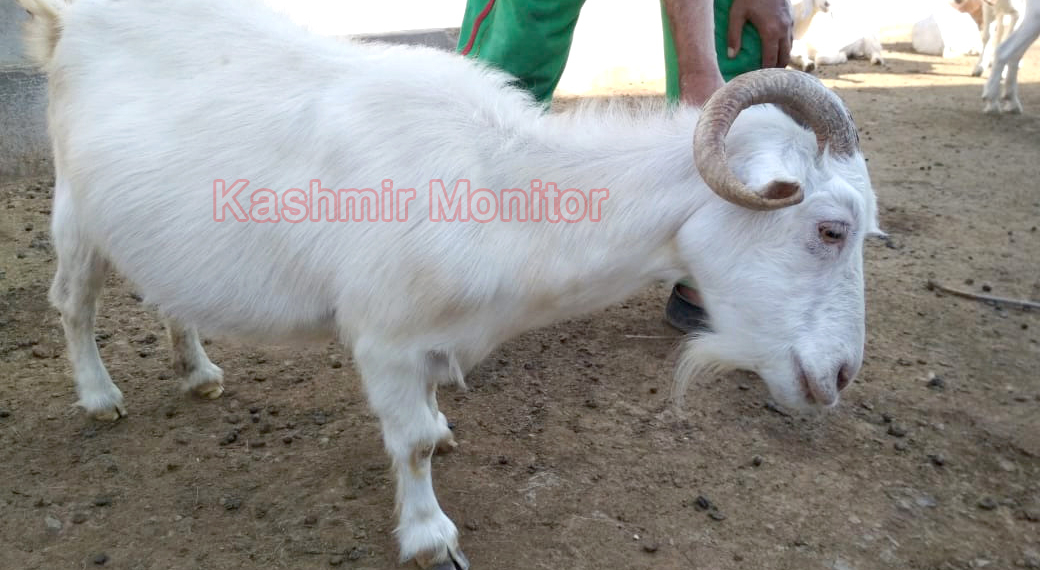 Mother of six, she is one of the longest surviving cloned animals in the world.

It took two years for Dr. Riaz Shah and six other scientists of the animal biotechnology center at the Sher-e-Kashmir University of Agricultural Technology (SKUASTto achieve the rare scientific feat.

Noorie was born on March 9 2012 to three mothers (one provided the egg, another DNA and a third carried the cloned embryo to term). She was created using the technique of somatic cell nuclear transfer which is the same method used in cloning the first mammal of the world, Dolly.

The success was achieved under the World Bank-funded National Agricultural Innovation Project (NAIP) of the Indian Council of Agricultural Research (ICAR) and took two years for the standardization of the technique.

As Noorie turned 10 today, the university faculty turned nostalgic about the challenges and breakthroughs in the research by successfully giving the first cloned goat to the world.

“ Noorie has now 6 lambs, which are healthy and normal in every aspect. The life span of a goat is 10-12 years. Noorie project has been successful as it has almost turned 10-year old,” Shah said.

He said that Noorie has successfully adapted to the climate and surroundings at the university. “We checked all the physiological parameters like health and pashmina production. Noorie is grazing with other animals now,” Dr. Riaz said.

Noorie is among more than 20 Pashmina goats being reared by the scientists at the farm of Sher-e-Kashmir University of Agricultural Sciences. “There are many Pashmina goats now in our farm,” said Dr. Riaz.

Buoyed by this successful experiment, an official said the scientists have submitted a proposal seeking more improvements in Pashmina goat cloning.

“Scientists are looking to increase production of Pashmina through the process of genetic engineering. A target was set to clone good-quality male animals as they produce more pashmina. When there are more males, the quality and quantity of pashmina wool will increase. On average, a goat produces 200 gms of pashmina wool. We had envisioned to make it to 400 grams,” he said.