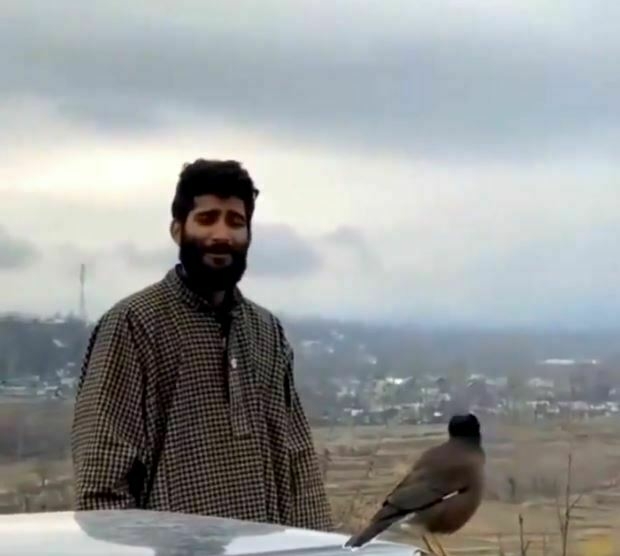 Srinagar: A video of a Kashmiri youth singing a famous song to a myna is breaking the internet.

Donning a traditional pheran. the man is seen singing “Haer’e wanakhna Tootes’e” to a myna perched on the bonnet of an SUV.

In the video, myna actually responds to the song by constantly chirping till the youth stops singing.

The video is breaking the internet and is widely being shared by the netizens on Twitter and Facebook.

The video was shared by journalist Shuja ul Haq Thakur, who  also translated the verses:  “Haer’e wanakhna Tootes’e kyah ilaaj karn’a mouts’e” as “ Little sparrow  wo’t you tell  the parrot, there be any cure for death.”