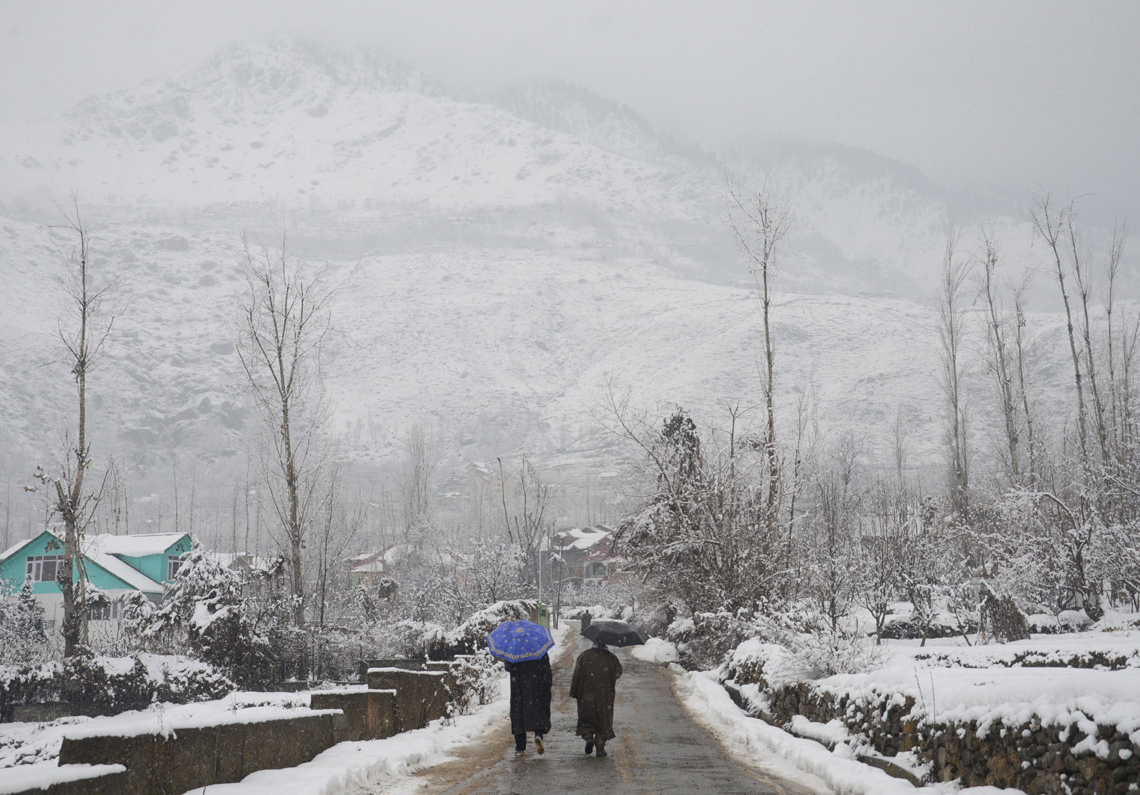 However, the night temperature improved and settled above normal across the valley, where there is prediction of wet weather during 24 days.

A Met department spokesperson said light to moderate rain and snow would occur at many places during the 24 hours in the valley under the influence of a Western Disturbance (WD), which is active in the region. “The weather will remain wet on Friday,” he said, adding the weather will start to improve from Saturday onwards.

Gulmarg, about 55 km from here in north Kashmir, received fresh snow since early this morning, resulting in further dip in the day temperature. Kongdori and Apharwat, the highest point of the cable car project in Gulmarg, also received light to moderate snowfall. “Despite snow since early this morning, the tourists are out on ski slopes, which are already covered under several feet of snow, enjoying different activities,” a hotelier told UNI over the phone.

However, he said the mercury during the night improved 2 degree from Wednesday and settled at minus 2.2 degree, which is 1.5 degree above normal.

Despite incessant intermittent rain overnight, the night temperature improved and settled above normal in the summer capital, Srinagar, where people woke up to a sunny but chilly Thursday morning. However, as the day progressed rain lashed the city, resulting in dip in the maximum temperature, which settled below normal. Against 1.8 degree recorded on Thursday, the night temperature in Srinagar was 4.6 degree.

The Met spokesperson told UNI that skies would be generally cloudy to light rain and snow in Srinagar, where maximum and minimum temperatures would be around 16 degree and 4 degree, respectively.

World famous health resort of Pahalgam, about 100 km from here in south Kashmir, received rain since wee hours on Thursday, resulting in dip in the day temperature. The night temperature at the health resort improved about 5 degree and settled at 2.4 degree, which is a degree above normal.

Other parts of the valley, including tourist resort of Kokernag, Kupwara in north Kashmir and Qazigund, gateway to the valley also received snow and rain since early this morning.