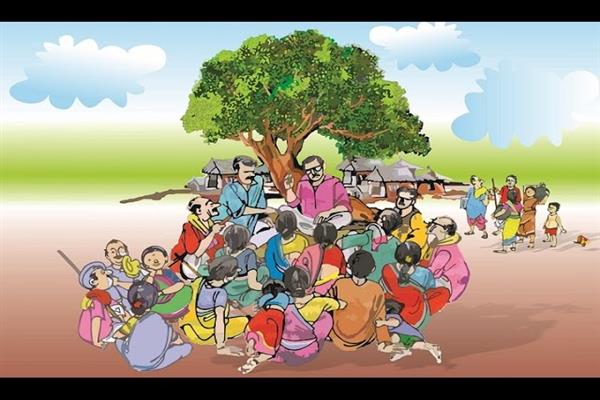 Srinagar: Jammu and Kashmir government will start ranking blocks on various developmental parameters in a bid to create healthy competition.

Document accessed by The Kashmir Monitor revealed that the J&K government has completed the process of developing a monitoring framework for assessing the progress made in 44 aspirational blocks of Jammu and Kashmir.

The document said that the dashboard for the Aspirational Block Development Programme (ABDP) has been developed by the National Informatics Centre (NIC) J&K for monitoring indicators in a very short time.

Officials said that 44 blocks, which were selected by the government last year will be ranked under the ABDP based on 21 socio-economic parameters/indicators covering four major aspects of human development i.e. poverty, health & nutrition, education, and basic infrastructure.

“From this year the ranking will begin. Preparations have been made by all the districts and the selected blocks will be ranked based on these five indicators,” they said.

The official said that the district administrations are currently preparing the data required for the ranking of the blocks.

“Employees have been deployed by the district administrations for getting the updated data of the blocks so that they could be ranked later as per the calculations made on these indicators. The dashboard will rank the 44 aspirational blocks monthly based on progress made by these blocks,” they said.

The blocks identified are the most backward in Jammu and Kashmir. The blocks require special focus for development.

These Aspirational Blocks shall be developed through the convergence of various ongoing UT schemes/programs, and centrally sponsored schemes/programs. The District Development Commissioners will be tasked with the preparation of a suitable development plan, whereas, the Planning Development and Monitoring Department will constantly monitor the district-wise progress of these blocks through a digital portal.

Financial assistance of Rs 44 crore (Rs 1 crore each) will be provided for the speedy development of these blocks.