Govt accords sanction to setting up of Anti-Narcotics Task Force 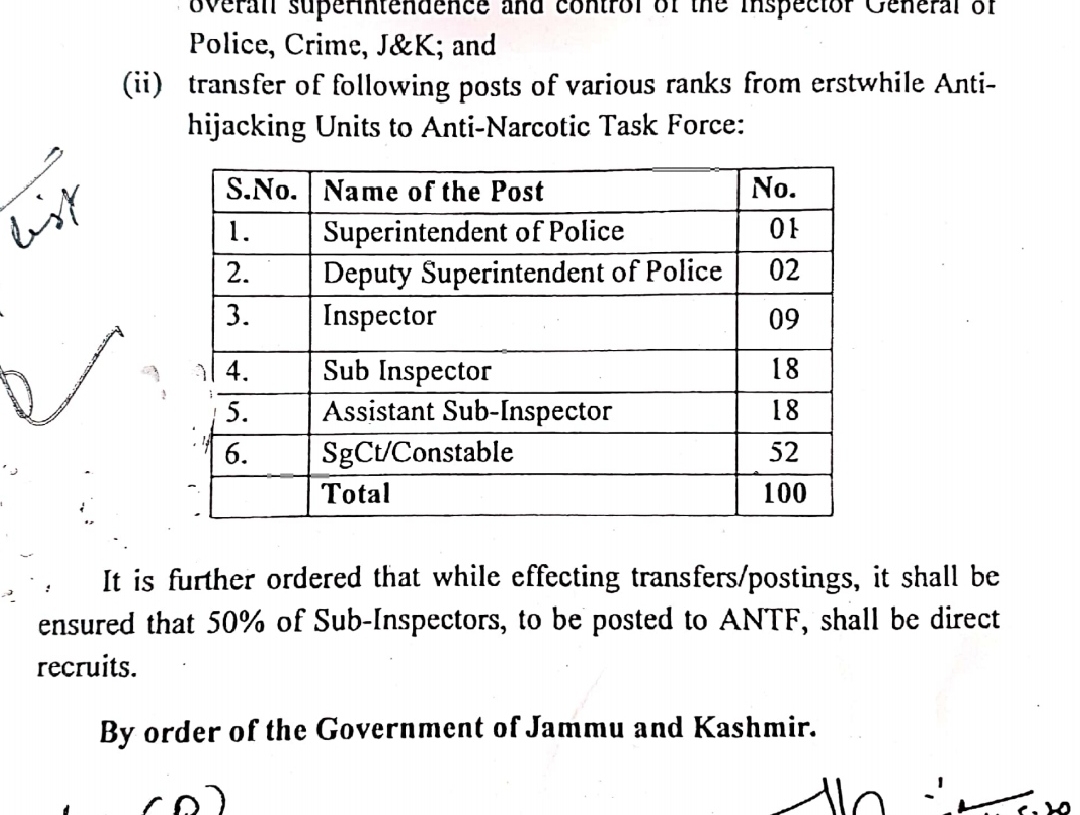 Director General of Police J&K Shri Dilbag Singh has thanked the Lt. Governor Shri G C Murmu and his administration. He said that the creation of force on police proposal will help in fighting the drug menace in the UT. He said that the force will be yet another special wing within the Police department to deal with crimes related to drugs and their trafficking.

Pertinent to mention that yesterday the UT Government ordered increase in the training allowance from 10% to 12%. It was 10% in old grades which comes to about 2/3 percent as per the 7th Central Pay Commission grades. This sanction is 12% at 7th pay commission which is much higher than what training staff was getting so far.

These back to back sanctions have been hailed by the Officers and Personnel of the Jammu & Kashmir Police department.