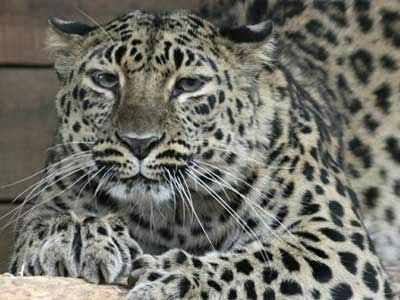 Srinagar: When the clock strikes 5 in the evening, Mubarak Ahmad locks the doors of his spartan house from inside. A resident of Danisayedian village in Uri, he strictly advises his family not to venture out till morning.

For the past four weeks, Ahmad has not sent his kids to school owing to fear of the man-eating leopard. “Man-eating leopard is targeting kids. It is a curfew-like situation after 4 pm in our village. People prefer to stay indoors as the leopard is on the loose,” he said.

Last week, leopard mauled a six-year-old boy to death sending shivers across the village. Panic has gripped many villages including Choola, Zamboorpattan, and others as people fear venturing out in the evening.

Last night, the leopard took away a goat in Choola, which again gave credence to reports that the wild animal is hiding in the village.

“The leopard is barging into the houses and attacking people. People don’t gather the courage to move out after 5 pm,” said Abrar Hussain, a local resident.

Such is the fear, that the agriculture activities and studies of children have come to a sudden halt. Even the wildlife department has failed to catch or kill the animal.

“No one is ready to send children to school. It is maize harvesting season but people fear going to the fields. The wildlife department has deputed men in the area but they have not been able to catch or kill the leopard,” he said.

On Sunday, the local administration used a public address system to appeal to people not to allow their kids to venture out.

The scenes are no different in Zamboor, Pattan village of Uri, where the leopard was spotted multiple times.

“We heard that the leopard is huge and can maul anyone. We appeal to the wildlife department to establish a control room in Uri,” said Sajad Ahmad a resident.

So far this year, five children have been killed by leopards. In the last two weeks alone, two such incidents have occurred in Uri.

Wildlife Warden, North, Mohammad Maqbool Baba told The Kashmir Monitor that they are trying hard to either capture or eliminate the leopard.

“We have issued dos and don’ts for the public till the animal is captured. When the population of leopards increases, they stray into habitation which results in human-animal conflict, ” he said.

Chief Wildlife Warden, Jammu and Kashmir, has issued shoot-at-sight orders to eliminate a “man-eater” leopard that killed two minors in the Boniyar area of Uri.