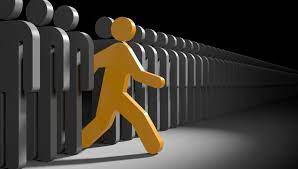 SRINAGAR, AUGUST 22: Over the last three years, the pace of execution of developmental schemes has increased by five times in Jammu and Kashmir.

In the last two years, the government has endeavored to develop areas which remained neglected till now. Dalits, tribals, and socio-economically backward classes have benefited from an equitable governance system of the Union territory of Jammu and Kashmir.

The Union Territory has achieved new horizons of success in the field of business, economy, education, culture as well as sports. Jammu and Kashmir has positioned itself as a leader from a laggard in the world of progress and prosperity with the completion of over 60,000 development projects in the past three years.

As per the official details, the district CAPEX budget has been increased four-fold to Rs. 22,126 crore for the completion of various developmental projects.

“Grass root democratic institutions like Panchayats and Urban Local Bodies have been empowered to actively participate in the decision-making process to cater to the needs of common citizens. There are around 20,000 such works/projects under execution presently which have been solely identified by the people”, official data reveals.

According to official documents, 66,724 development projects have been completed in the Union Territory from 2019 to January 2022.

The records added that the “financial reforms and interventions” initiated by the Centre have facilitated the completion of such a long list of development projects within the set timelines in the Union Territory.

“Authorization of projects and resources allocation is made through Budget Estimation, Allocation and Monitoring System (BEAMS), which is a real-time and paperless system. Through these interventions, the Union Territory has witnessed an unprecedented rise in completion of development works and projects in three years,” the document reads further.

Similarly, implementation of transformative reforms such as BEAMS which enable online budgetary process and timely release of funds against approved works, online submission of bills through J&K PaySys, Mandatory Administrative Approvals, Technical Sanctions, and e-Tendering, digital payments, GFR, GeM, and related measures have paced up the development works and brought J&K at par with any other progressive state across the country.

Meanwhile, JKIDFC, a unique model across the country, has achieved tremendous transparency with the incorporation of an online payment tracking mechanism, tender details/allotment information, and geo-tagging of all the projects approved for funding under the languishing scheme of JKIDFC.

The J&K administration linked every project approved under JKIDFC with Google Earth for real-time monitoring which facilitated public viewing on the official website of JKIDFC. These measures had been taken to ensure the quality and timely completion of all these infrastructural projects languishing in the UT for a long time.