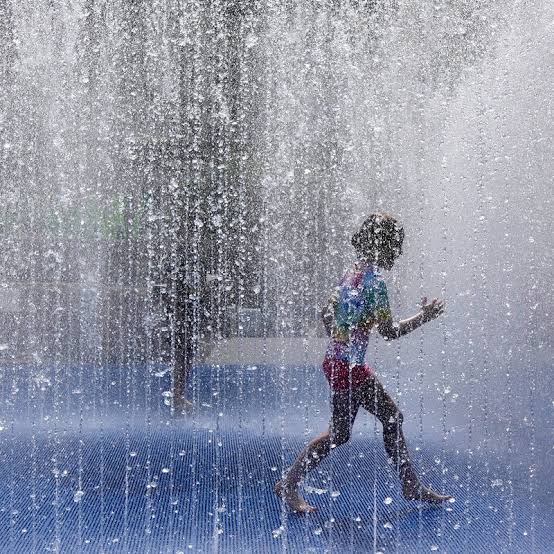 LONDON: Most parts of Europe are under the grip of a heatwave with mercury crossing 42-degree Celsius in some places.

Across the Channel in France, a host of towns and cities recorded their highest-ever temperatures on Monday, the national weather office said.

The mercury hit 39.3C in Brest on the Atlantic coast of Brittany, in the far northwest of the country, smashing a previous record of 35.1C from 2002.

Firefighters in France’s southwest were still struggling in the crushing heat to contain two massive fires that have caused widespread destruction.

For nearly a week now, armies of firefighters and a fleet of waterbombing aircraft have battled blazes that have mobilized much of France’s firefighting capacity.

Ireland saw temperatures of 33C in Dublin — the highest since 1887 — while in the Netherlands, temperatures reached 35.4C in the southern city of Westdorpe. Although that was not a record, higher temperatures are expected there on Tuesday.

Neighbouring Belgium also expected temperatures of 40C and over.

The European heatwave is the second to engulf parts of the southwest of the continent in recent weeks.

European Commission researchers, meanwhile, said nearly half (46 percent) of EU territory was exposed to warning-level drought. Eleven percent was at an alert level, and crops were already suffering from a lack of water.

Blazes in France, Greece, Portugal, and Spain have destroyed thousands of hectares of land.

The blaze was literally “blowing things up”, such was its ferocity, said Marc Vermeulen, head of the local fire service. “Pine trunks of 40 years are bursting.”

A total of 8,000 people were being evacuated from near the dune Monday as a precaution, as changing winds blew thick smoke into residential areas, officials said.

Hurriedly packing her car, Patricia Monteil said she would go to her daughter’s home in another part of the district. “But if that goes up in flames too, I don’t know what to do.”

Around 32,000 tourists or residents have been forced to decamp in France, many to emergency shelters.

In Spain, a fire burning in the northwestern province of Zamora claimed the life of a 69-year-old shepherd, regional authorities said. On Sunday, a fireman died in the same area.

Authorities have reported around 20 wildfires still raging from the south to Galicia in the far northwest, where blazes have destroyed around 4,500 hectares of land.