Entertainment-starved Kashmir to get its first-ever multiplex next month 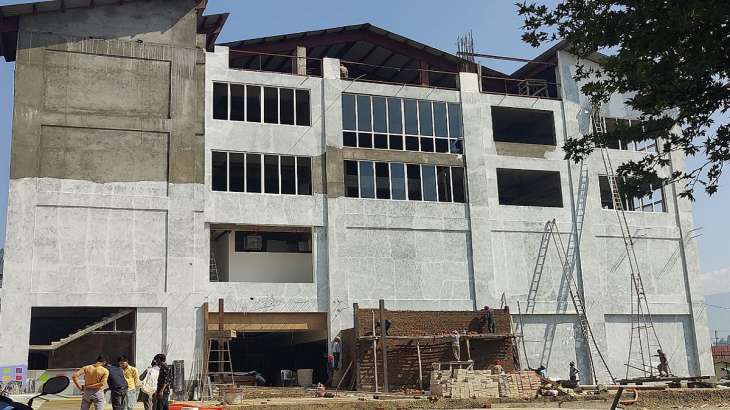 India TV reported that the multiplex designed by INOX will be opened in September.

This multiplex has a seating capacity of at least 520 people and has bid 3 cinema halls. It has been beautifully designed and has the latest sound systems installed.

To maintain Kashmir’s art and design, a Kashmiri wood “khatambandh” is used in the lobbies which gives it a Kashmiri culture look, Farooq Ahmed, a local artist told India TV.

This multiplex has many food courts and other entertaining facilities which will attract the children as well.

INOX has made every possible effort to match this multiplex with the country’s other top multiplexes, the owner of the multiplex Vikas Dhar told India TV.

“All the latest Bollywood releases will be screened here and we would love to see families coming to watch them. My purpose for this complex is to provide the youth with the same recreational facilities as they get in the rest of the country,” Dhar said.

After the closure of movie theatres in the early ’90s, the first attempt to open cinema halls was made in 1999, when movie theatres – Neelam, Regal, and Broadway – opened in Srinagar. However, militant attacks on Cinemas led to the closing down of cinema halls across the valley