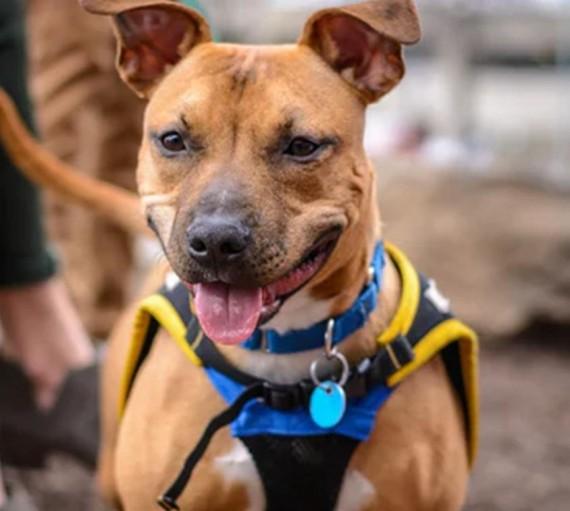 Lucknow: Eight organizations have come forward to adopt the “killer” Pitbull dog that mauled his 82-year-old owner to death, almost a fortnight ago.

The Pitbull, lodged in an animal shelter under the supervision of Lucknow Municipal Corporation (LMC) officials and veterinary experts, is gradually returning to normalcy.

Animal Welfare Officer Dr. Abhinav Varma said that the dog’s behavior is now normal and he is playing around and having food thrice a day.

be taken later. Former union minister and animal love Maneka Gandhi had called up officials and asked them to hand back the dog to its owner Amit Tripathi. However, Amit has not contacted us after the dog was taken from his possession,” the official said.

Officials said that if the owner does not wish to claim the dog, the Pitbull will be given up for adoption.

Meanwhile, Amit Jani, head of the UP Navnirman Sena, told IANS that he has sent an email to LMC wishing to adopt the Pitbull named Brownie.

“I am an animal lover and would love to keep the dog with me. I am willing to complete all formalities in this regard,” he said.