Dozens of houses, shops damaged in flash floods at Surankote 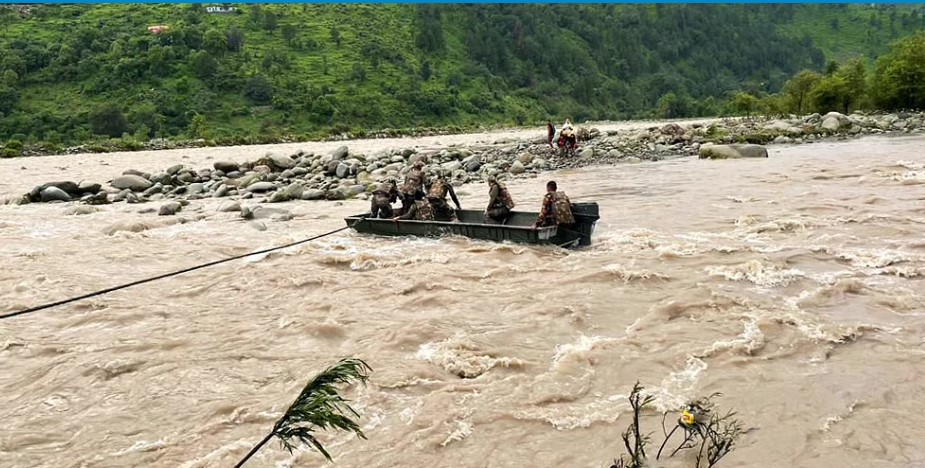 Poonch, Aug 01: Dozens of houses and shops were damaged in flash floods, triggered by heavy rainfall at Surankote area of Poonch.

The flash flood hit parts of town in the intervening night of Sunday-Monday.

Locals said that there are scenes of destruction everywhere with dozens of houses and shops suffered damage due to water flow and stones that were flowing in water while traders have suffered loss worth lakhs of rupees as the commodities got washed away in the flood.

The locals further added that more than one dozen vehicles, two wheelers and four wheelers, either got washed away or got toppled in flood water.

Authorities informed that exact details of loss in the town is being ascertained.

Meanwhile, a man has drowned in river water at Kalai in Poonch.

Officials said that two men were present in a JCB when flash flood hit Suran river hours after flash flood in Surankote town.

“One of the man was rescued in injured condition while the other one is still missing,” the officials added—(KNO)